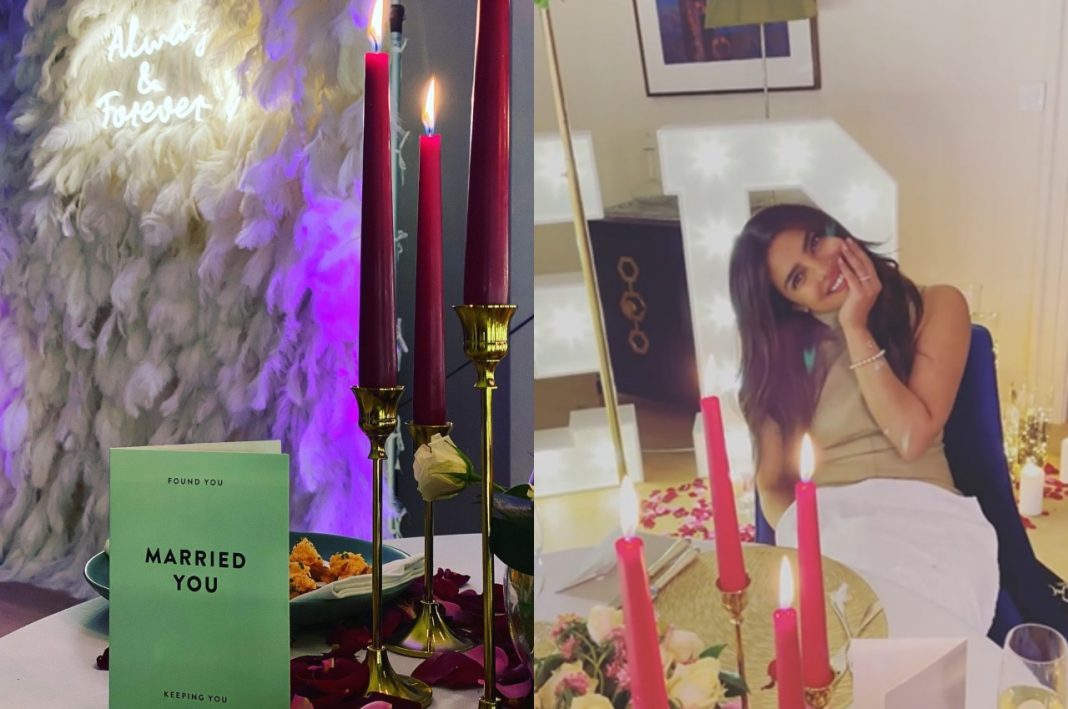 Priyanka Chopra and Nick Jonas celebrated three years of being married in London with a romantic candlelight dinner. On the occasion, Nick took to Instagram to share a video which showed her beaming with happiness as she sat at a table with candles and flowers on it. Larger candles and rose petals adorned the floor. The word ‘forever’ was lit up behind her. “3 years,” he wrote in his caption along with a heart emoji.

Priyanka also shared a glimpse of the celebration. She posted a photo of the table set-up with red candles, flowers and a card saying, “Found you, married you, keeping you.” In the background was a white feathery wall with a neon sign saying ‘always and forever’. “Living the dream @nickjonas,” she captioned her post and added a heart emoji.

Priyanka and Nick got married in dual ceremonies on December 1 and 2, 2018. The couple had a Christian wedding, officiated by his father Paul Kevin Jonas Sr, as well as a Hindu ceremony.

Meanwhile, Priyanka and Nick attracted divorce rumours recently after she removed ‘Jonas’ from her Instagram handle. People suspected the couple is calling it quits. However, Priyanka’s appearance in Jonas Brothers Roast and her mushy comments on Nick’s post put all the rumours to rest and going by the anniversary celebration, it is clear that the couple is going stronger than ever.

On the work front, Priyanka, whose last Hindi film was Shonali Bose’s The Sky Is Pink in 2019, has signed her next Bollywood project. She will star in Farhan Akhtar’s road-trip film, Jee Le Zaraa, alongside Alia Bhatt and Katrina Kaif.