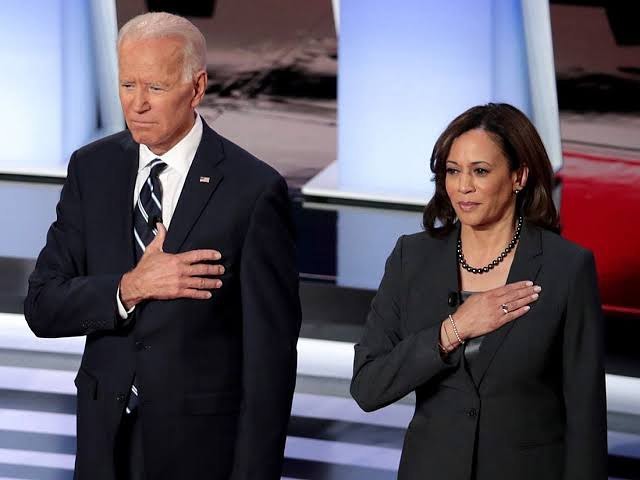 The world is an oyster for our B-town celebs and that’s why when Joe Biden sworn in as the 46th President of the United States, they were relieved. The another reason for Bollywood celebs to hail the inauguration was Kamala Harris’ appointment as VP who became the first woman of colour to be honored with the designation.

Sushmita Sen, Priyanka Chopra, Dia Mirza, Masaba Gupta among others took to social media to celebrate as Biden and Harris took over the White House duties.

”Congratulations UNITED States of America!! 👏🤗 Making History on so many levels, Respect Madam Vice President @kamalaharris ❤️ Its beyond empowering!!! The world needs a strong sense of inclusion & hope Mr. President @joebiden Here’s praying we all find strength in each other…beyond geography!! 🙏😊 “We lead not by the example of our power, but by the power of our example” #president #JosephRobinEtteBidenJr 👏 Regards & Respect from India 😊🇮🇳 #duggadugga,” wrote Sushmita Sen along with a picture of Biden and Harris.

Dia Mirza hailed Kamala Harris and wrote, “You are amazing. You inspire women and girsl all over the world. All the best.”

Priyanka Chopra, who resides in Los Angels with husband Nick Jonas, has time and again expressed how proud she feels to have Kamala Harris as the Vice President of the United States. And when she sworn in for her position on Wednesday, the actress was beyond proud and took to her Instagram handle to share a picture of Harris with the captions – ”The future is female” and “Madame.”

Joe Biden and Kamala Harris sworn in as the President and Vice President of United States respectively on Wednesday in an intimate inauguration ceremony. While pop singer Lady Gaga sung the national anthem at the event, Jennifer Lopez inaugurated the ceremony with a performance.