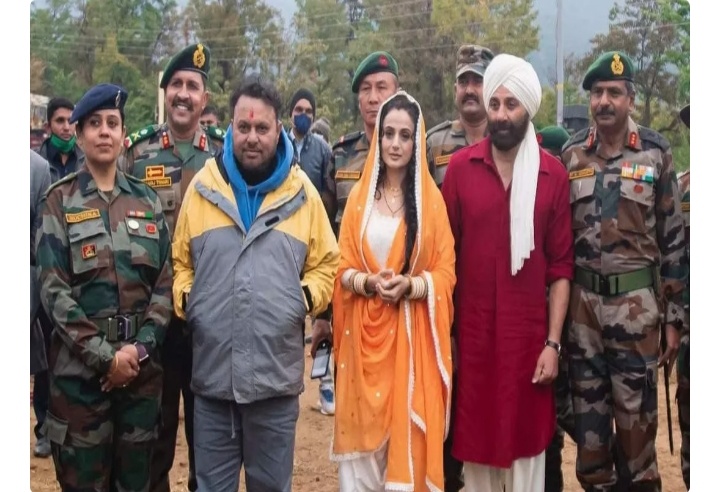 Bollywood actors Sunny Deol and Ameesha Patel began shooting for the sequel to the 2001 hit Gadar: Ek Prem Katha, on Wednesday. According to reports, the actors will reprise their roles as Tara Singh and Sakeena from the first film.

An image from the shoot of the film was shared online by Bollywood trade analyst, Taran Adarsh in which Sunny Deol is seen in a kurta and turban and holding what looks like an old box. Sharing the image, Taran Adarsh wrote, “Sunny Deol, Anil Sharma, Zee: ‘Gadar 2’ starts today.”

Sunny Deol and Ameesha Patel have reunited after 20 long years for the action-drama, which is directed by Anil Sharma (who also helmed the original one). Produced under the banners of Zee Studios and Anil Sharma Productions, the film is written by Shaktimaan and the music will be composed by Mithoon known for his tunes in Aashiqui 2, Shivaay and others. It is set to hit the screens in 2022.