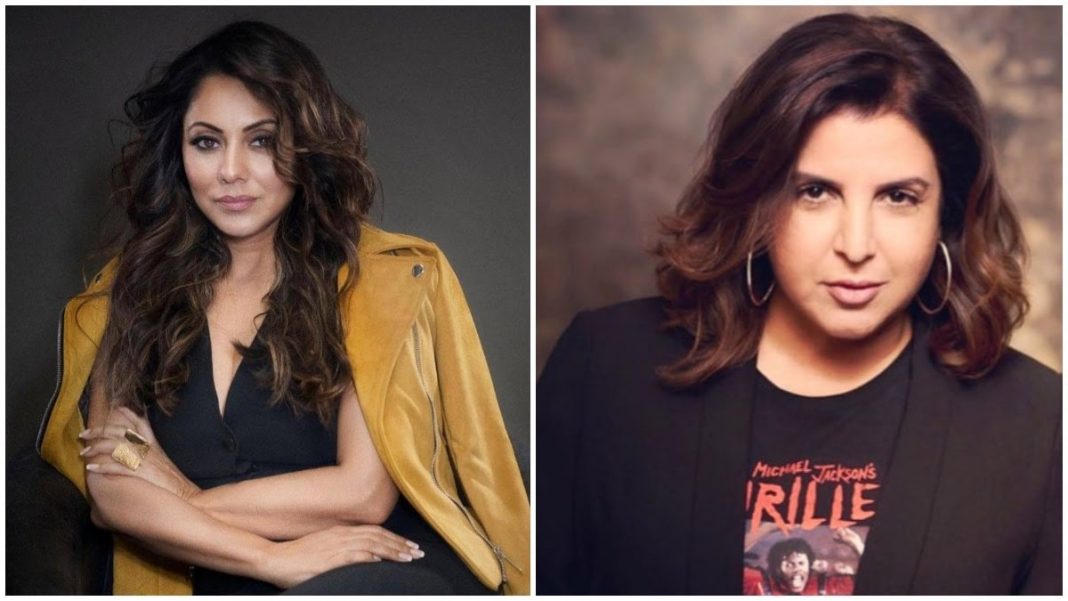 Interior designer Gauri Khan, wife of actor Shah Rukh Khan, on Tuesday reacted to her early Christmas gift that she received from filmmaker Farah Khan. Taking to Instagram Stories, Gauri shared a note from Farah that she got with the gift.

The note read, “Merry Christmas! We are sending you our favorite snack, these yummy cherries from Chile that we received from our Secret Santa. Let’s celebrate the joy of Christmas together and we hope that you love these Chilean Cherries as much as we do. Love, Farah, Czar, Anya, Diva.”

There was a cute cherry drawn on the note. Gauri shared the photo on her Instagram Story section, and wrote, “@farahkhankunder #cherriesfromchile @tanaaz”. 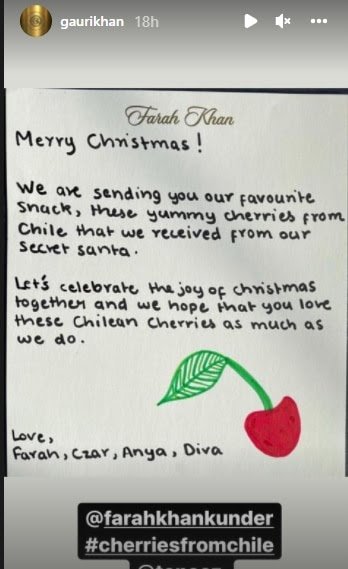 Last week, designer Gauri shared a video, which was her first on Instagram since the arrest of her son Aryan Khan in the cruise drugs case.

Aryan Khan is currently out on bail. The Bombay High Court had recently relieved Aryan from appearing before the Narcotics Control Bureau (NCB) every week. However, the court directed him to appear before the Special Investigation Team (SIT) of Delhi when summoned.

During the controversy, a lot of celebs were seen supporting SRK and his family. Farah was one of the celebs who stood by the family.