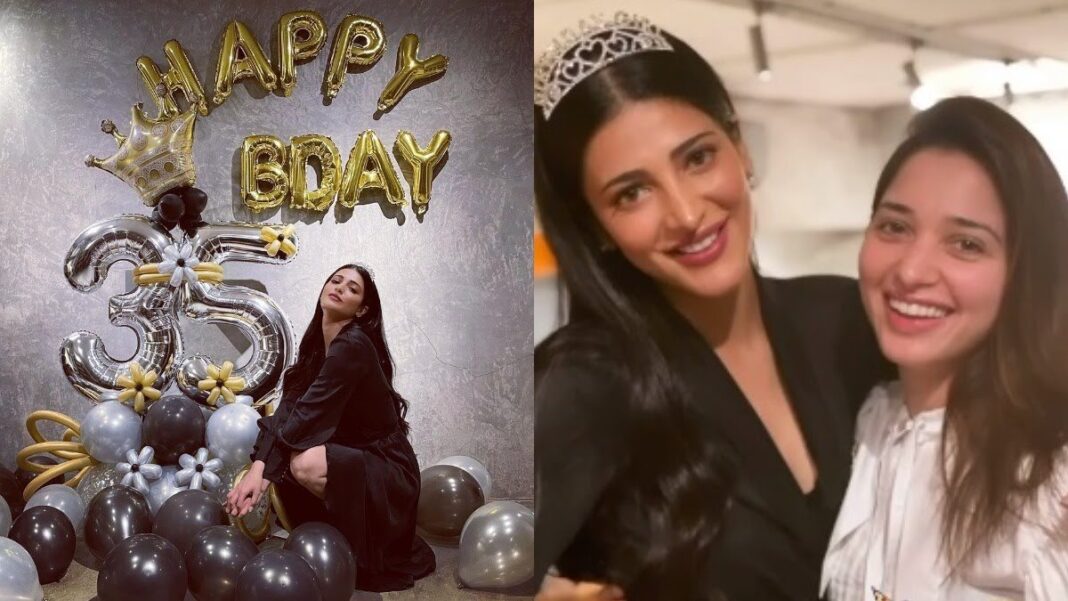 Bollywood actress Shruti Haasan is celebrating her birthday today, she has turned 35 years old. She was born on 28 January 1986. On her birthday, Shruti has thanked her fans and well-wishers for wishing and blessing their birthdays. Shruti has also shared a picture of herself wearing a crown on a black dress with lots of balloons in the background.

Sharing this picture, Shruti wrote, “Filled with Gratitude and Joy !!! It has been the best phase of my life and I am thankful to my Lessons and Journeys … I have grown up and those ways I have given a vision to my vision of the future that I want for me full of light and creativity – I want to take a second to call my virtual family a big one thank you for making my birthday so special. Thank You for.”

Shruti started her singing career at the age of just six. She had sung his Afla song in his father’s film Tevar Magan. The voice of this film’s little Shruti was also heard in the film Aunty 420, directed by her father. After this, Shruti thought of making a career in singing and after that she moved to California to get a good education in Singing.

In those days, Shruti’s singing career was going well in Kollywood, when she got an opportunity to do a cameo in her father’s film. After which the desire for acting was awakened in him. Her first Bollywood debut was Emraan Khan’s opposite film Luck.

She did films like ‘Dil To Bachcha Hai Ji’, ‘Ramaiya Vastavaiya’, ‘Welcome Back’ and ‘Gabbar’.

Her role in Ramaiya Vastavaiya is most loved by her fans.