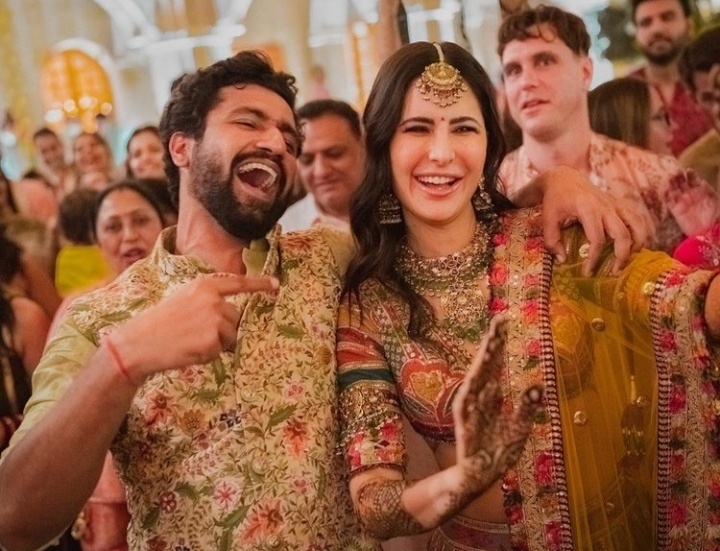 After the marriage of Katrina Kaif and Vicky Kaushal, people are eagerly waiting for their wedding photos. At the same time, keeping in mind the excitement of the fans, Katrina and Vicky are also sharing photos of wedding functions on their respective Instagrams.

Shortly before, Vicky and Katrina shared some pictures of Mehndi Ceremony on their Instagram account, which their fans are also very fond of. In this sequence, another photo has come out from Mehndi Ceremony.

This photo has been shared on the Instagram account of Katrina Kaif. In this photos Katrina is smiling very lovingly, while Vicky is also laughing. After seeing this photo, people are not tired of praising both of them once again. In the photos of Mehndi Ceremony that Katrina has shared on her Instagram, she is seen dancing fiercely with Vicky Kaushal, her brother Sunny Kaushal and future father-in-law.

Significantly, Katrina and Vicky have surprised everyone by marrying suddenly after secret dating. Rumors of their dating kept coming on social media, but both of them never accepted their relationship officially.