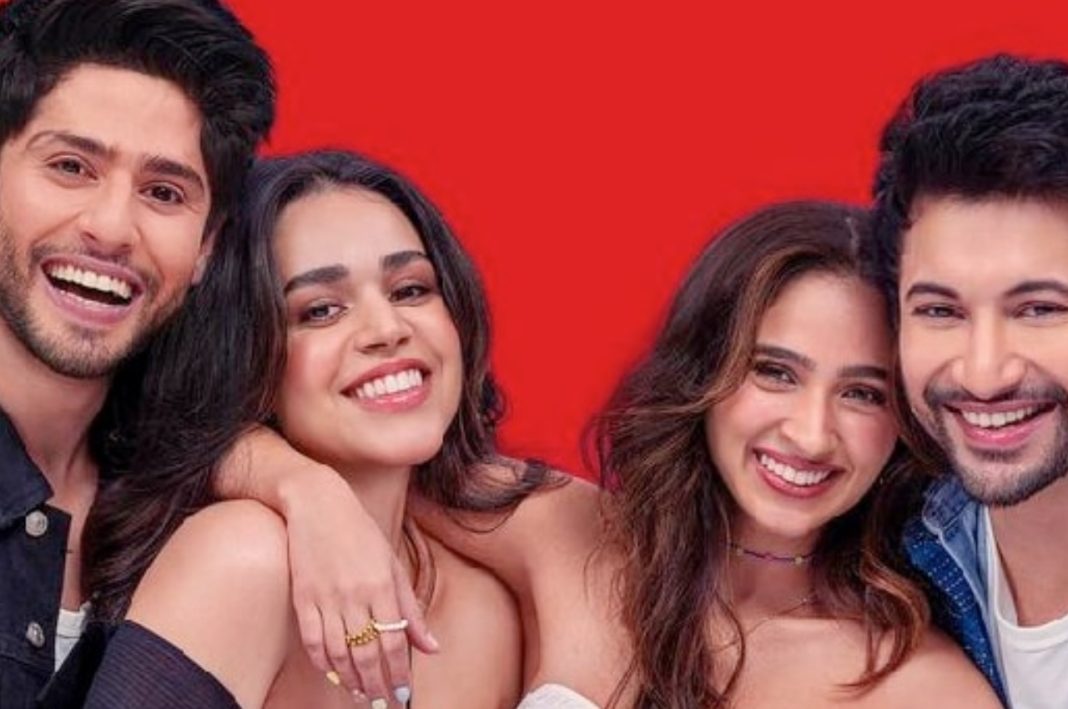 New Delhi: Bollywood can never get enough of remake, and in the same line, Ishq Visq is coming back. 20 years after the release of Shahid Kapoor starrer, Ramesh Taurani is bringing its sequel. Two decades down the line, Ishq Vishq has now been named as Ishq Vishk Rebound. The star cast of the film has been revealed and Hrithik Roshan’s cousin Pashmina Roshan will be making her Bollywood debut with this movie. Besides her, the film will also feature Kabhi Khushi Kabhie Gham actor Jibraan Khan. Both Pashmina and Jibraam will star alongside Rohit Saraf and Naila Grewal.

On Thursday, the makers of Ishq Vishk rebound shared the first look of the film. Pashmina also took to Instagram to share her excietement on her Bollywood debut.

Pashmina Roshan took to Instagram and wrote, “It feels like years of austerity and hard work is finally bearing fruits. I’m extremely excited, nervous and elated to bring to you my first experience on screen: When relationships can be found on apps, and lost over a chat, you know that love needs an upgrade. ISHQ VISHK REBOUND. It’s time to move on. (sic).” Ishq Vishk Rebound will feature all Gen-Z actors.