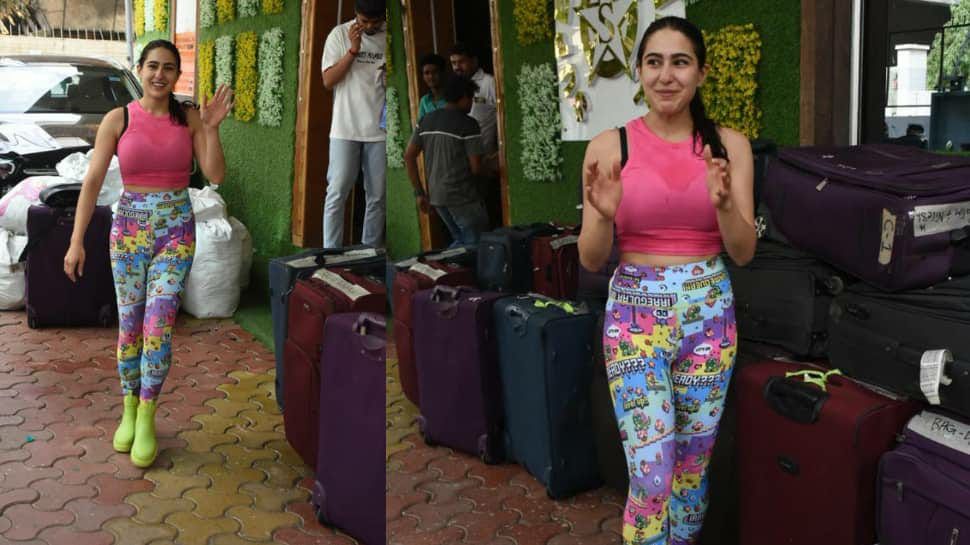 With her mesmerising expressions and unparalleled grace, Sara Ali Khan’s dance performance is something that her fans have been eagerly waiting to watch on screen. The International Indian Film Academy and Awards (IIFA) is set to thrill fans with its 22nd edition in Yas Island, Abu Dhabi on June 2, 3, and 4. We have learnt that Sara will be shaking a leg on Chaka Chak, which was her first solo lead song from Atrangi Re.

Sara never misses a chance to impress the audience with her extraordinary talent. From Kedarnath to Atrangi re, the actress has always carried some amazing dance numbers in her kitty. According to the sources, “Sara will be seen performing on Chaka Chak at the awards. The song and the film is very close to her heart and she has been rehearsing for it since almost a month now. She will also be performing on songs from Kedarnath, Simmba, Coolie no.1 and Love Aaj Kal 2.

The actress was recently spotted outside a dance studio for her rehearsals amidst a hectic shooting schedule. Sara’s dance numbers in her films are some of the trendiest tracks that have been loved by the masses. Her performance in IIFA will definitely be the major highlight that the audience is keeping their eyes on.

On the work front, Sara has just completed shooting for an untitled project next to Vicky Kaushal whereas she was recently spotted shooting for her upcoming ‘Gaslight’ with Vikrant Massey.