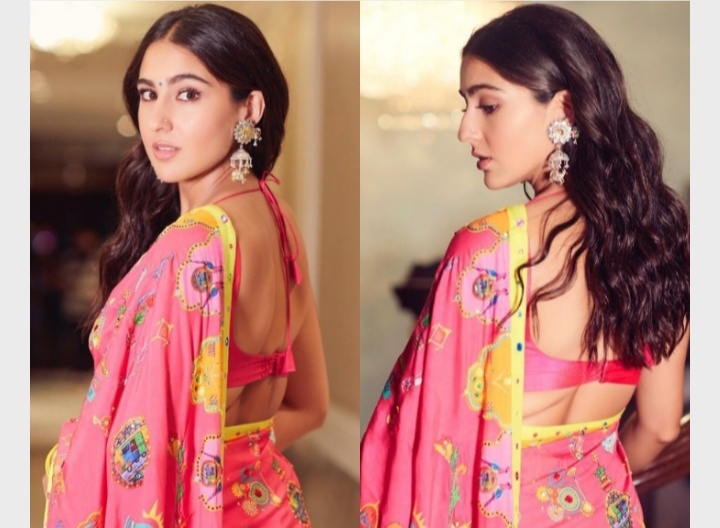 Bollywood actress Sara Ali Khan shared some of the most stunning photos from the Global Citizen concert, where She chose to wear a saree while representing India. She was one of the youngest participants in the event.

Today, she shared a few pictures on social media in a colorful saree. A quirky bright pink drape with a yellow border and colorful prints all over, Sara pulled off this lovely saree with aplomb. (Image: Instagram)

She paired her traditional ensemble with heavy, dangling earrings along with pink and yellow bangles. (Image: Instagram)

Sara Ali Khan shared the photos on her Instagram account. With the caption ‘Because women in a Sari, Are always Pyaari’.

As soon as Sara’s photo went viral on the internet, comments started pouring in from all sides. Her fans all praised her for choosing to wear an Indian outfit on the global stage.

Meanwhile, Sara is all set to star in Aanand L Rai’s film Atrangi Re in dual roles. She will share screen space with Akshay Kumar and Dhanush. Reportedly, Sara will join the cast of Vicky Kaushal’s mythological-based superhero film The Immortal Ashwatthama, directed by Aditya Dhar.