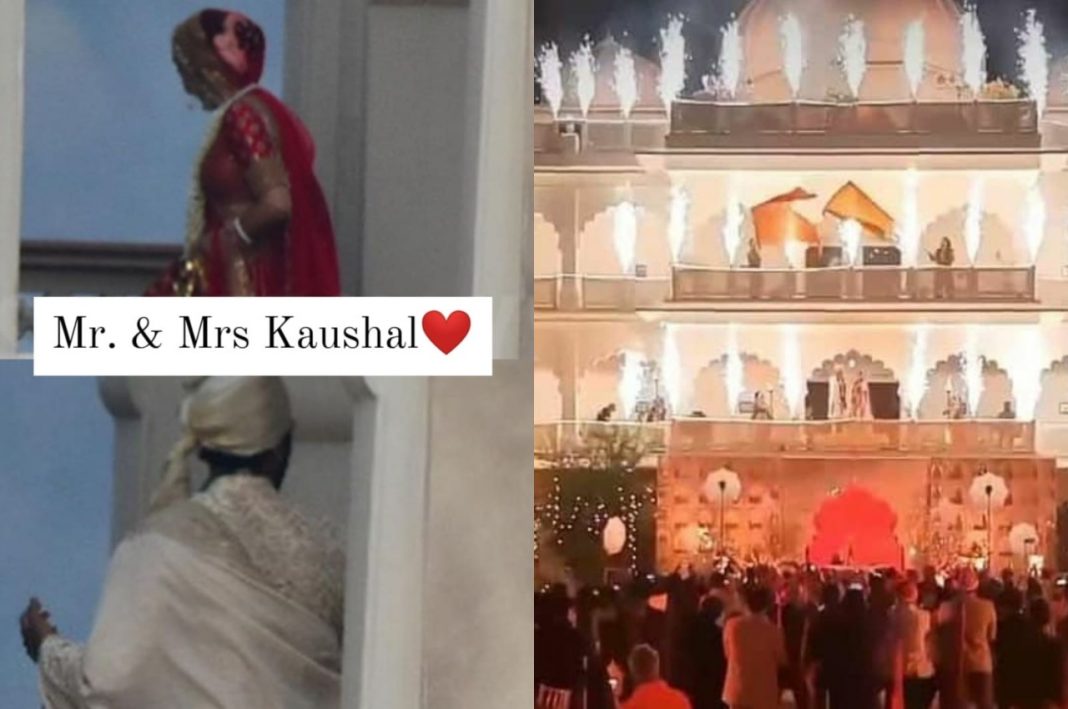 As per close sources, the couple has taken the ‘seven pheras’ on Thursday afternoon in the presence of their families and friends. The pre-wedding festivities kick-started on December 7 with mehendi, followed by big fat Punjabi Sangeet Night on December 8.

Kabir Khan, Angad Bedi, Mini Mathur, Neha Dhupia, Gurdas Maan, Sharvari Wagh, and Vijay Krishna Acharya among many others from the film industry were a part of Vicky and Katrina’s wedding festivities

Earlier reports said that the guests were even requested to sign an NDA (Non-Disclosure Agreement) form so that the couple could maintain confidentiality about the wedding visuals.
Social media was flooded with funny memes about the strange arrangements, but now the recent rumours can clear out the reason behind the secrecy of the star couple’s wedding.
The recent rumours say that the couple has agreed to sell exclusive pictures of their dreamy wedding to the Hindi edition of an international magazine and that too for a whopping amount!

Earlier a report made headlines all over media portals that the couple has sold their wedding telecast rights to an OTT platform for reportedly a whopping amount of INR 80 crore. This means fans will be able to see the whole wedding visuals like a show on the OTT platform.