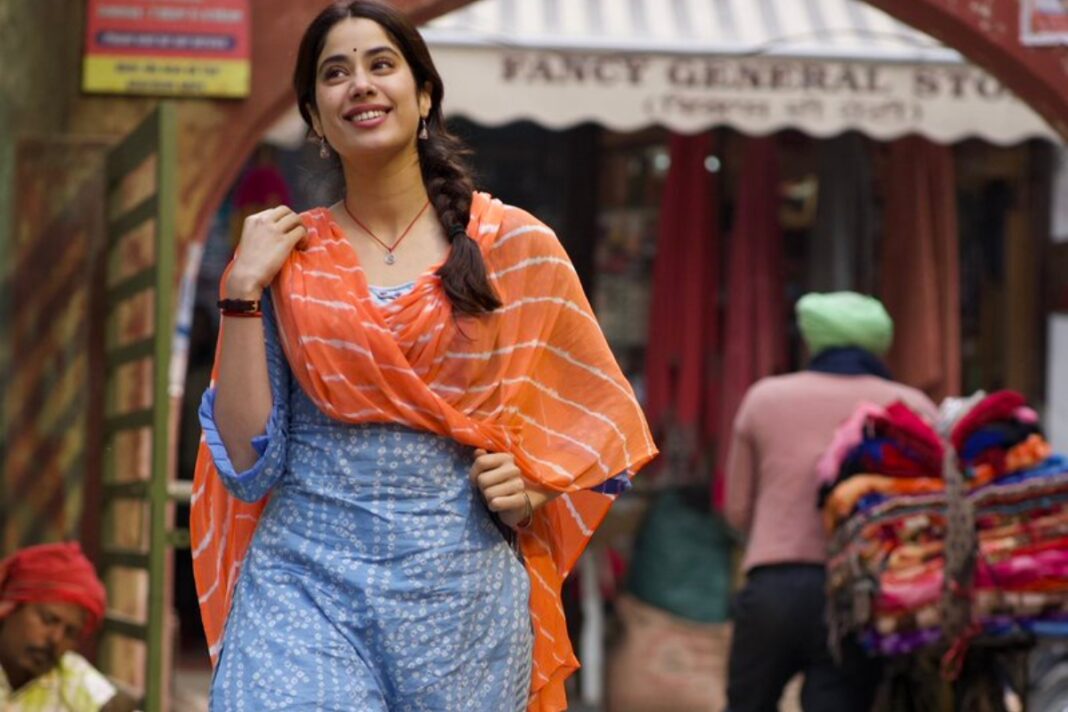 Bollywood actor Janhvi Kapoor will collaborate with Anand L Rai for her next film, titled Good Luck Jerry. The director took to social media to unveil Janhvi’s first look from the film. The picture shows Janhvi dressed in a simple salwar suit with her hair tied in a pony while she flashes her brightest smile. Going by the looks, it paints Janhvi in a typical small town girl picture.

The film will also star Deepak Dobriyal, Meeta Vashishth, Neeraj Sood and Sushant Singh in a pivotal role. The shooting of the film has started today and the first schedule will wrap up till March.

Janhvi has several projects lined up, for their releases this year. Besides ‘Roohi Afza’ with Rajkummar Rao, the actress has ‘Dostana 2’ that is also slated for its release later this year. She was last seen in Gunjan Saxena: The Kargil Girl which was released on Netflix.