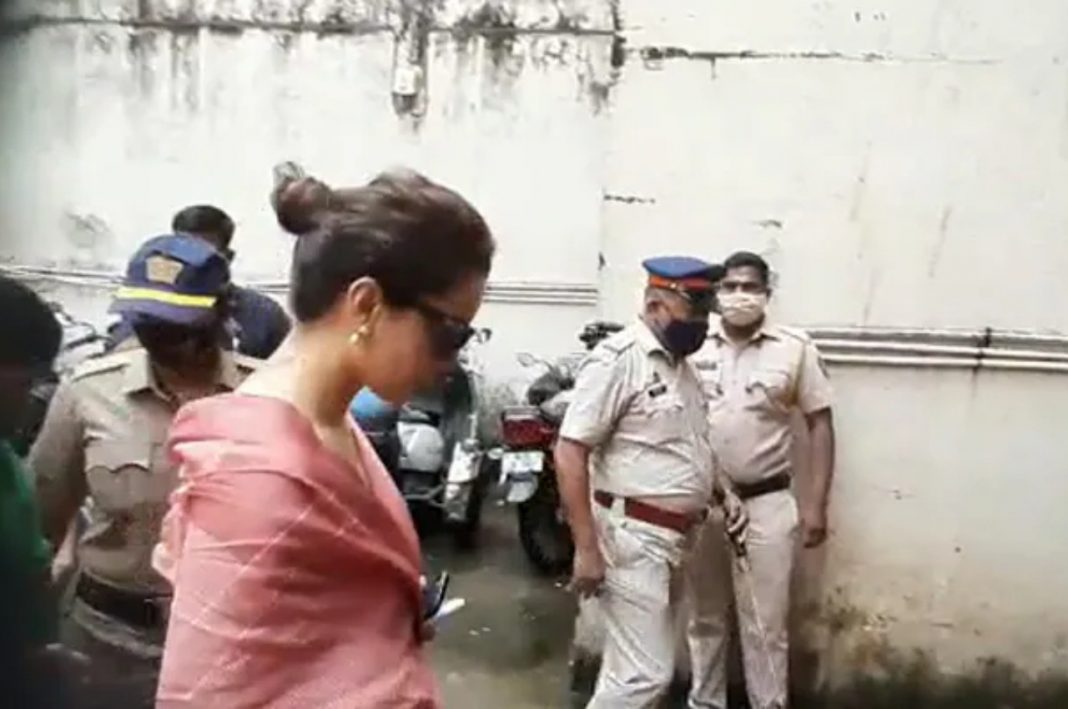 New Delhi: Bollywood actor Kangana Ranaut on Monday appeared before a Mumbai court today in connection with a criminal defamation complaint filed against her by lyricist Javed Akhtar. The lyricist had also appeared in the court. It was the two came face-to-face in the court.

The court had last week issued a notice against Kangana saying it will release a warrant against the actor if she fails to appear in court.

Kangana Ranaut’s lawyer, advocate Rizwan Siddiqui, has also shared that the actor has filed an application before the Chief Metropolitan Magistrate Court seeking a transfer of the case to another cousince she has “lost faith” in the court. AThe transfer application will be heard on 1 October. Adv Siddiqui also asked why the court insists that Ranaut appear in court since it’s a bailable case.

Additionally, she has also filed a counter-complaint against the lyricist. accusing him of “extortion and criminal intimidation.”

According to Bar and Bench, through her lawyer Advocate Rizwan Siddiquee, Ranaut contended that she was being summoned to court without specifying any reasons as to why she was expected to appear. Siddiquee added that Ranaut’s plea could have been recorded the moment he had appeared on her behalf, and that her presence was not required.

Javed Akhtar had filed a defamation case against Kangana in November last year, claiming the ‘Queen’ actor had made defamatory statements against his in a television interview, which tarnished his reputation.