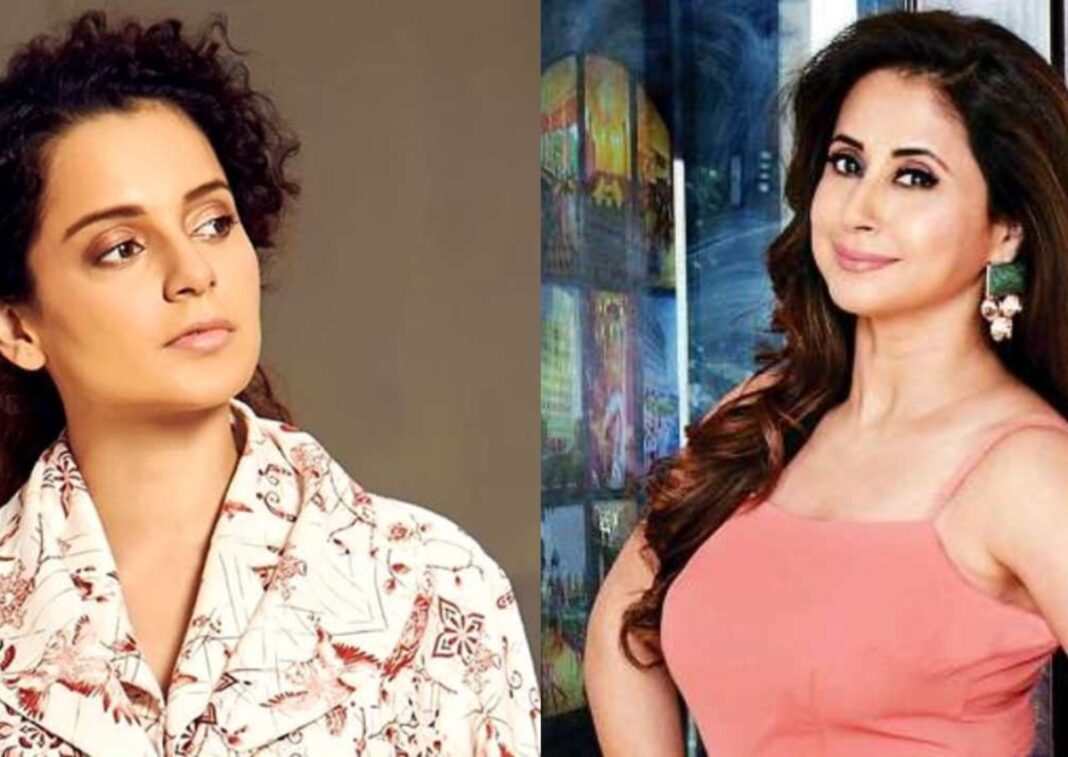 Actors Kangana Ranaut and Urmila Matondkar has once again locked horns on social media with the former targeting later on Twitter. Kangana reacted to a report that informed that Urmila has bought a space worth Rs 3 crore in Mumbai, a few weeks after joining Uddhav Thackeray led Shiv Sena.

Kangana also took to Twitter and shared a fan made clipping which showed the Queen actor dissing latter’s statements against her.

Reacting to Kangana’s allegations, Urmila Matondkar shared a video while emphasising that she could show her legitimate documents of her purchase.

“Namashkar Kangana Ji. The high regards that you have for me, I have heard them. The whole country has heard them. Today, in front of the entire country, I want to tell you, that you should choose the place and time, I will bring all my documents there. In 2011, after working hard in the industry for a short span of 25-30 years, I purchased a house in Andheri. I will bring the documents of that flat. I sold that house in the first week of March and I will bring those papers too. And there will also be documents of the house that I have now purchased from the money that I got. I bought this flat much before I entered politics. I wanted to show you that,” she said.