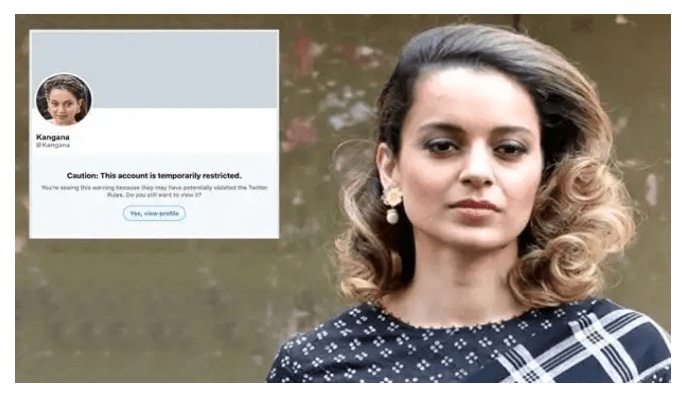 Kangana Ranaut on Wednesday, 20 January, tweeted that her Twitter account has been temporarily restricted. This development comes after the actor appeared to have called for violence in response to the controversy surrounding Amazon Prime Video web series Tandav.

According to several reports, the actor allegedly said that it was “time to take their heads off,” in reference to the makers of the series. Twitter has removed the tweet.

However, in a strong reaction, she has blamed “librus,” referring to liberals, who complained to Twitter CEO Jack Dorsey and had her account restricted.

She continued: “They are threatening me mera account/virtual identity kabhi bhi desh keliye shaheed ho sakti hai,magar my reloaded desh bhakt version will reappear through my movies.Tumhara jeena dushwar karke rahungi.(They are threatening me that my account and my virtual identity might get martyred for the country anytime. But my reloaded patriotic spirit will reappear through my movies. I will make your life miserable.”

“Tandav” has come under fire with several people alleging that it provokes communal disharmony and hurts the sentiments of the Hindus. According to the complaints, a scene featuring Mohd. Zeeshan Ayyub performing a college play insults the Hindu deity Shiv.

Meanwhile, the makers of Tandav have issued an apology after a complaint was filed alleging that the show has hurt religious sentiments and makes a mockery of Hindu gods. They managed to get all of that from an overall bland show that’s devoid of any impact socio-political commentary. Some BJP leaders are vying to get the show and banned along with Amazon and are of the opinion that an apology isn’t enough.