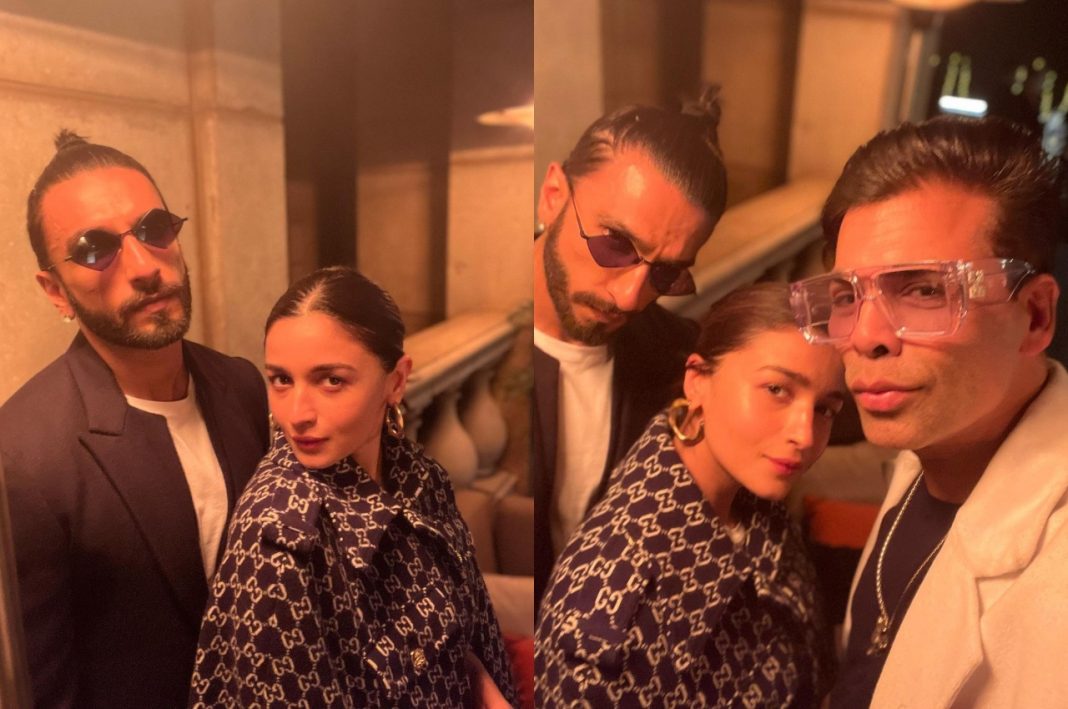 Karan took to his Instagram handle and shared some stills from their night out shenanigans in Delhi where the trio was dressed up in their winter-best clothes for the night. In the photos, which were captioned, “Rocky and Rani on a night out! #rockyaurranikipremkahani #day56 of shoot !! #delhishenanigans.”

The romantic drama, which also stars Jaya Bachchan, Dharmendra, and Shabana Azmi, is being produced by Dharma Productions and Viacom18 Motion Pictures.

It has been written by Shashank Khaitan, Ishita Moitra and Sumit Roy. Saif Ali Khan’s son Ibrahim is working as an assistant director on the film.