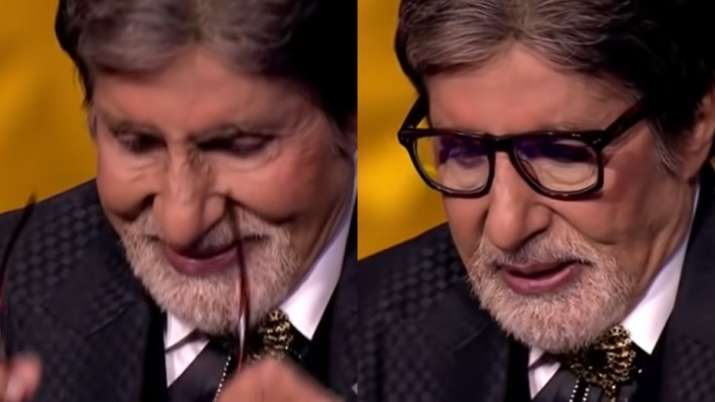 More than 2 decades, a 1000 thousand episodes and uncountable memories! Kaun Banega Crorepati became a platform that gave hope and the most unexpected chance for them to fulfil their dreams. Starting the show way back in 2000 and making a shift from films to television was a tough choice for the legend Amitabh Bachchan but the adoration and love bestowed upon the show only made it bigger and better. In tonight’s episode, Amitabh Bachchan will get candid and share how the journey has turned out to be and what the show means to him. With a heavy heart and teary eyes, he will be seen opening up about what the show truly means to him.

Jaya Bachchan in the house!

Yes, you read it correctly. An acclaimed actor, politician and the wife of the ‘Shahenshah’ of B-Town industry, Jaya Bachchan will be leaving the viewers surprised as she will be seen joining the show through a video call. Sharing unknown facets about Mr. Bachchan, Jaya Bachchan will be seen speaking about her husband, son Abhishek and also speak about the reach and grandness of the show. Furthermore, she will be seen commending the show and congratulating the team for the 1000 episodes completion.

This is what Jaya, Shweta and Navya have to say about Amitabh Bachchan’s communication skills with his family…

Celebrating 1000 episodes of the show

Kaun Banega Crorepati is a show that has been going on since the year 2000. Shaping up people’s lives, letting them achieve their dreams and giving hope has been constant since day 1. Today, the show completes 1000 episodes and making it a grand celebration, the Bachchan family will be seen as the special guest.

The guests Shweta Bachchan-Nanda and Navya Naveli Nanda will be seen playing the game and donating the proceeds from the winning amount to Sakhi Foundation, an NGO that believes in women empowerment and gives education to the girls residing in the slum area.