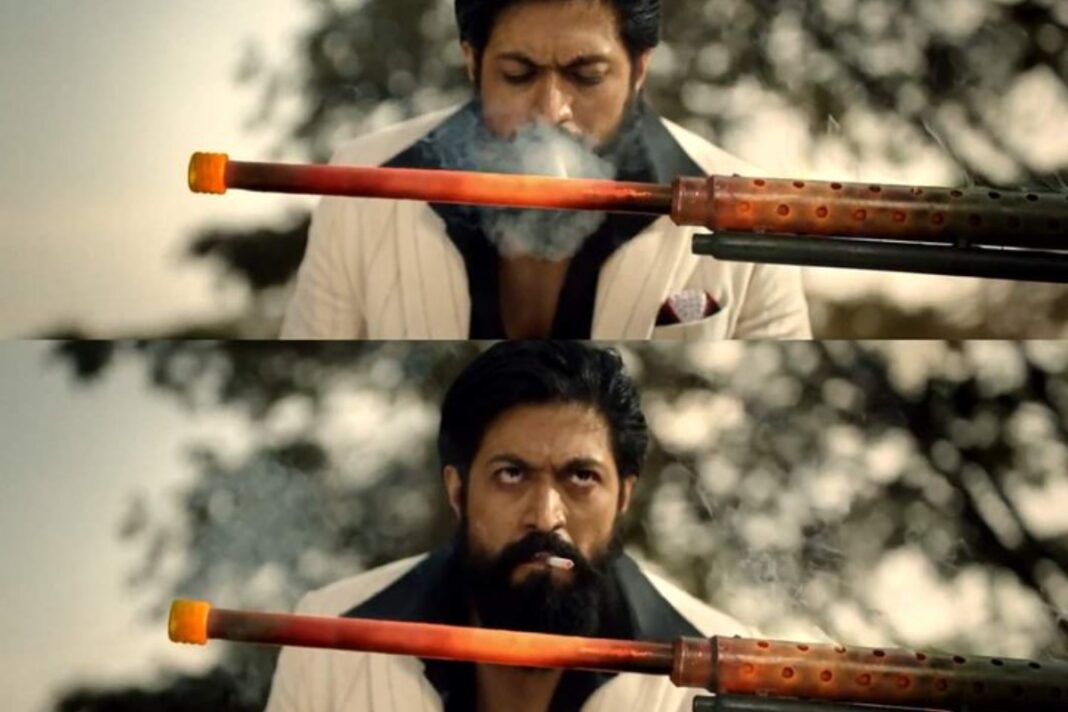 The hotly-anticipated teaser of KGF: Chapter 2 starring Yash in lead role has been released. It was scheduled to release on Friday to mark Yash’s birthday but was dropped on Thursday night, following its leak.

As expected, the teaser promises an action-packed ride with Yash reprising his role of dreaded criminal Rocky Bhai who is determined to fulfill a promise that he once made and never lets anyone get in his way.

From action to direction and everything else that takes to make a movie, the 2-minute-16-second long teaser offers best cinematic excellence. Going by the teaser, it is clear that the first instalment has only added to the confidence of makers as they have scaled up the overall production.

The teaser of the sequel begins with childhood visuals of Yash’s Rocky Bhai who had made a promise to his dying mother that he won’t die in poverty. The second instalment is the continued journey of his character from the first film who saw how getting rich is proportional to the power one holds and now he is adamant to wield the most of it.

In the follow-up to the 2018 blockbuster, the film stars Sanjay Dutt as antagonist Adheera, who is the uncle of Garuda, whom Yash had taken down in the first film. It also features Raveena Tandon as a majestic politician Ramika Sen who is seen walking down the parliament hall looking as regal as ever in the trailer.

The teaser then gives us a glimpse of Rocky taking down his enemies fiercely with the help of a machine gun as he ceaselessly fires bullets to attack them.

Watch our review of the teaser here:

Directed by Prashanth Neel, the film will hit the theatres in 2021.