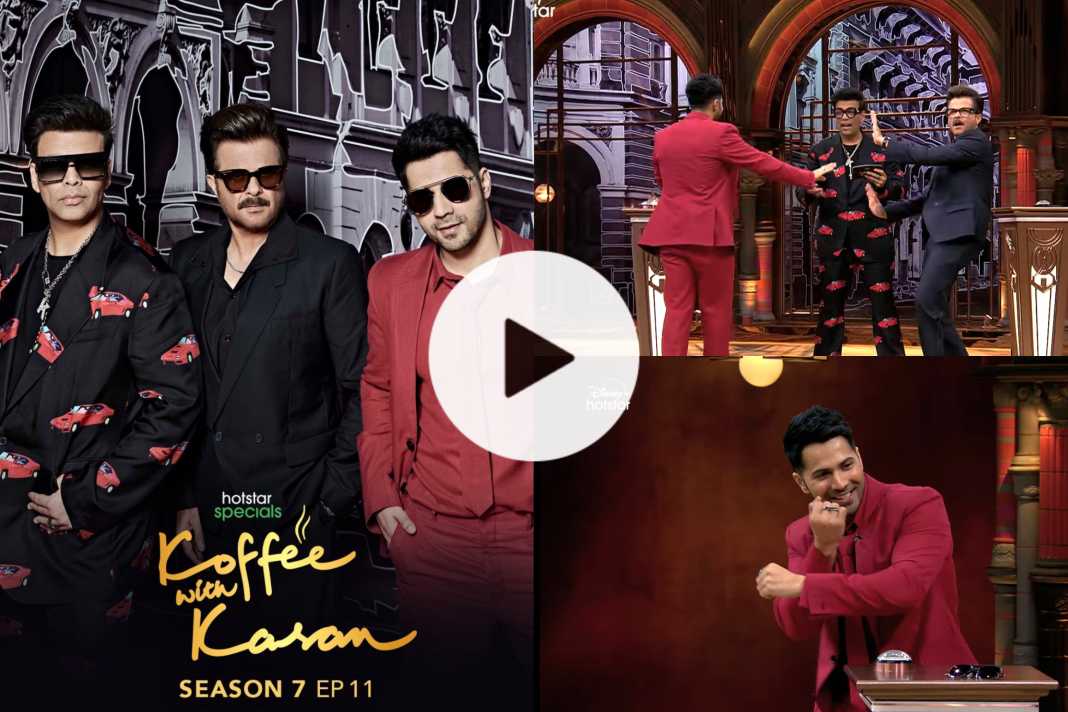 Koffee With Karan 7: The latest promo of Koffee with Karan featuring Anil Kapoor and Varun Dhawan is out and after looking at these ‘Jugjugg Jeeyo’ stars grace that Coffee couch, we bet you cannot keep Calm! In the latest promo you will witness Anil and Varun share a lot about others and less about themselves. The Duo can be seen chatting more about other celebrities, be it Deepika Padukone, Katrina Kaif or Arjun Kapoor; Varun dhawan seems to reveal a lot about his Co-actors in this latest Episode.

Watch the latest Promo of Koffee with Karan 7

Must Read: Koffee with Karan 7: Ishaan khatter thinks Karan Johar is Mean to Ananya Panday; The Reason will shock you
Anil Kapoor and Varun Dhawan Spills some Beans in the latest Episode

While this definitely seemed like a high-on-energy episode where Anil Kapoor as usual talked about the things that make him feel younger and according to him, it is Just Sex, Sex and Sex! Meanwhile, in one of the parts of the promo, he can be seen talking about how everything is scripted. (It would be interesting to see if he is talking about Koffee with Karan in Particular or something else.) On the other hand, the Duo can also be seen shaking a leg and having a gala time during the Rapid Fire round and Quiz round in particular. Later, Varun Dhawan can be seen talking about Arjun Kapor and blamed him for being a flirt, choosing the wrong scripts and always gossiping about others. While Anil Kapoor also talked in a fake accent which was also pointed out by Karan Johar in the episode.

Also Read: Viral Video: 21-Year-Old Puts Her Life at Risk, Swims Across the River to Attend an Exam. Watch

Meanwhile, when Karan Johar asked Varun Dhawan who would look better with him in a movie (Is it Katrina or Deepika), he said that people tell him that that he looks really young on screen and don’t really think that he would look good with any. To which Karan cross-questioned him and asked him if he thinks that they look old with him. To this, he tried to come out of that awkward situation and said that he believes that he looks younger and wouldn’t like to comment on on them. Well, it’s only in the final episode that we know what exactly Varun Dhawan actually Meant.