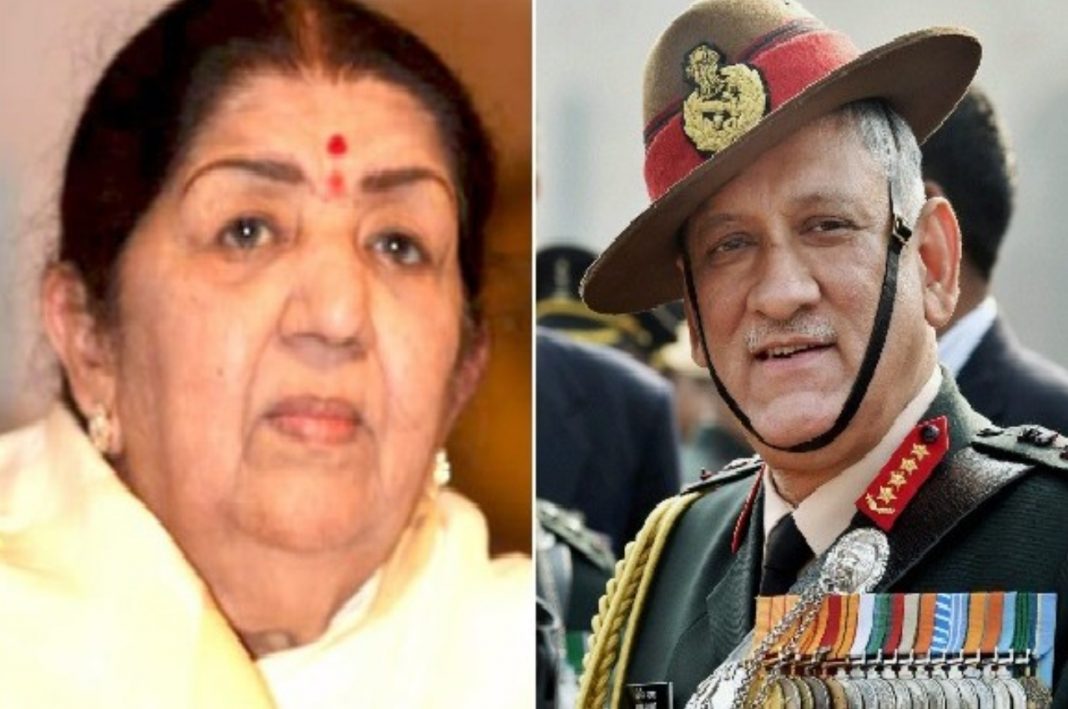 Veteran singer Lata Mangeshkar mourned the demise of Chief of Defence Staff (CDS) General Bipin Rawat, who died today after a military chopper crashed in Tamil Nadu which killed 13 on board on Wednesday.

The sad news was confirmed by Indian Air Force today through their official Twitter handle that read, “With deep regret, it has now been ascertained that Gen Bipin Rawat, Mrs Madhulika Rawat, and 11 other persons on board have died in the unfortunate accident.”

The helicopter crashed around noon shortly after it took off from the Air Force base in Sulur, Coimbatore, for Wellington in the Nilgiri Hills. The General was heading to the Defence Services Staff College in Wellington to address the faculty and student officers of the Staff Course today.

CDS Rawat was commissioned into the Indian Army in December 1978. He previously served as Chief of the Army Staff from January 2017 to December 2019.