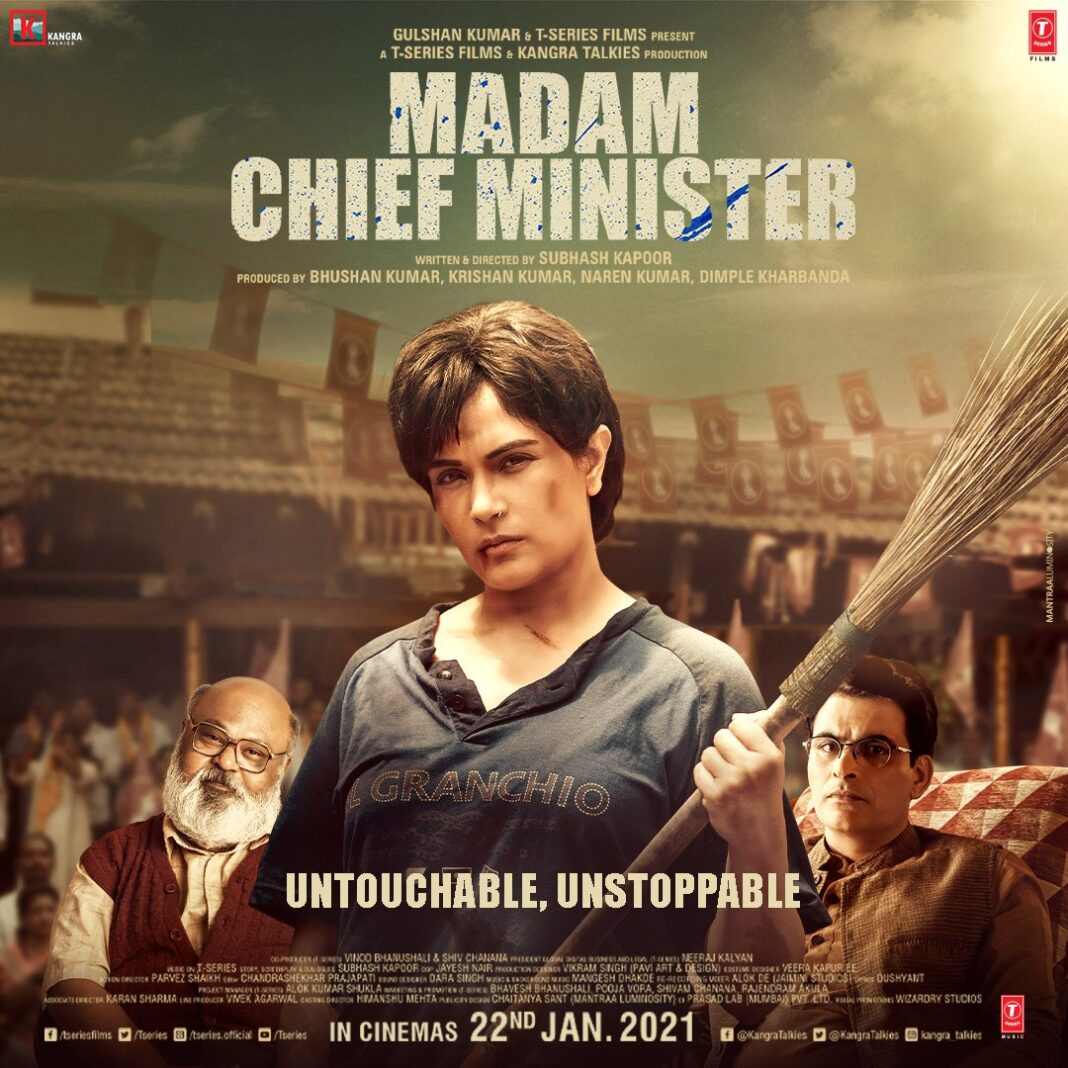 The trailer of Richa Chadha’s much-talked-about film Madam Chief Minister is out now.

The trailer of the movie takes the viewers on a journey of an empowering politician (essayed by Richa) from her humble beginnings to rise in the world of politics.

The clip promises a powerful performance by Richa, hard-hitting dialogues, drama, and an engaging story.

The film’s cast also comprises of Saurabh Shukla, Manav Kaul and Akshaye Oberoi. It is directed by Subhash Kapoor of Phas Gaye Re Obama, Jolly LLB and Jolly LLB 2. Produced by T-Series, the film will be out on January 22.

Madam Chief Minister was shot in Lucknow in a 40-day start-to-finish schedule in 2019. In a press note, the makers had revealed that Subhash Kapoor chose Richa for the role because the actor is an “articulate, politically and socially aware actor”.

Richa had said in a statement last year, “Happy to announce that our labour of love Madam Chief Minister has been announced. My toughest part yet, am grateful for the opportunity to collaborate with particularly witty Subhash Sir and with the splendid cast Manav, Akshay Oberoi and Saurabh Shukla.”

Richa Chadha has shared the poster of Madam Chief Minister on January 4, which faced backlash on social media due to its stereotypical representation of a Dalit woman.

The first poster for the film shows Richa Chadha with a broom in her hand, and the text on the poster reads, “Untouchable, Unstoppable.”

Many social media users also asked why a Dalit actor wasn’t cast for the lead role. “Any reason why a person from the effected background has not been casted? It’s exactly how straight men are taken for Gay roles and they turn that into a slapstick fest. Disappointing,” wrote one Twitter user.

There were strong reactions against it – conflating the “untouchable” caste with  the iconography of the broom and dirt, or even the use of the word “untouchable”, considered dated and loaded with the offensive history of upper caste people creating and propagating labels for the lower castes.

Many also noted that while using the instantly recognizable haircut of Mayawati, the first female Dalit chief minister, it axed her education, preferring to use the above mentioned iconography to make the easier, more sensational association with dalits.