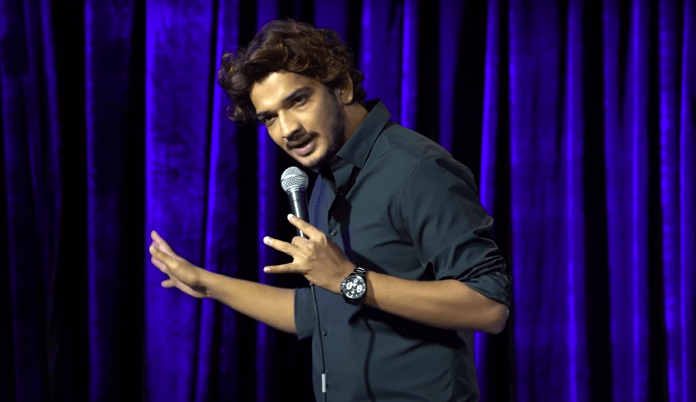 Comedian Munawar Faruqui has not been relieved from the High Court in the case of alleged objectionable comments about Hindu deities. The Madhya Pradesh High Court on Thursday dismissed the bail pleas of Munawar Faruqui and another accused Nalin Yadav.

Munawar Faruqui has been accused of making alleged objectionable jokes about Hindu deities. The Indore bench of Madhya Pradesh High Court reserved the verdict after hearing on Monday. Justice Rohit Arya of the High Court while delivering the judgment through video conference said that it is the constitutional duty of every citizen to promote brotherhood and goodwill.

Comedian Faruqui and his four accomplices were arrested by the Indore police. A complaint was lodged against him by Eklavya Gaur, son of BJP MP Malini Gaur. He alleged that Faruqui has insulted Hindu religious sentiments. At the same time, Indore TI Kamlesh Sharma allegedly said, ‘No evidence has been found against him for insulting Hindu deities or Union Home Minister Amit Shah.’

Significantly, the bail applications of a Chief Judicial Magistrate of the district court and a Sessions Judge Faruqui were dismissed after hearing the arguments of both the parties. The comedian then moved the High Court for release on bail. According to police officials, Eklavya Singh Gaur, son of the local BJP MLA, had filed a case on January 1 at the Tukoganj police station against Faruqui and four others involved in organizing the comedy program.