Support Us
More
More
HomeENTERTAINMENTMahesh Babu to be the next chief guest on Jr NTR's Evaru...
ENTERTAINMENT
September 20, 2021 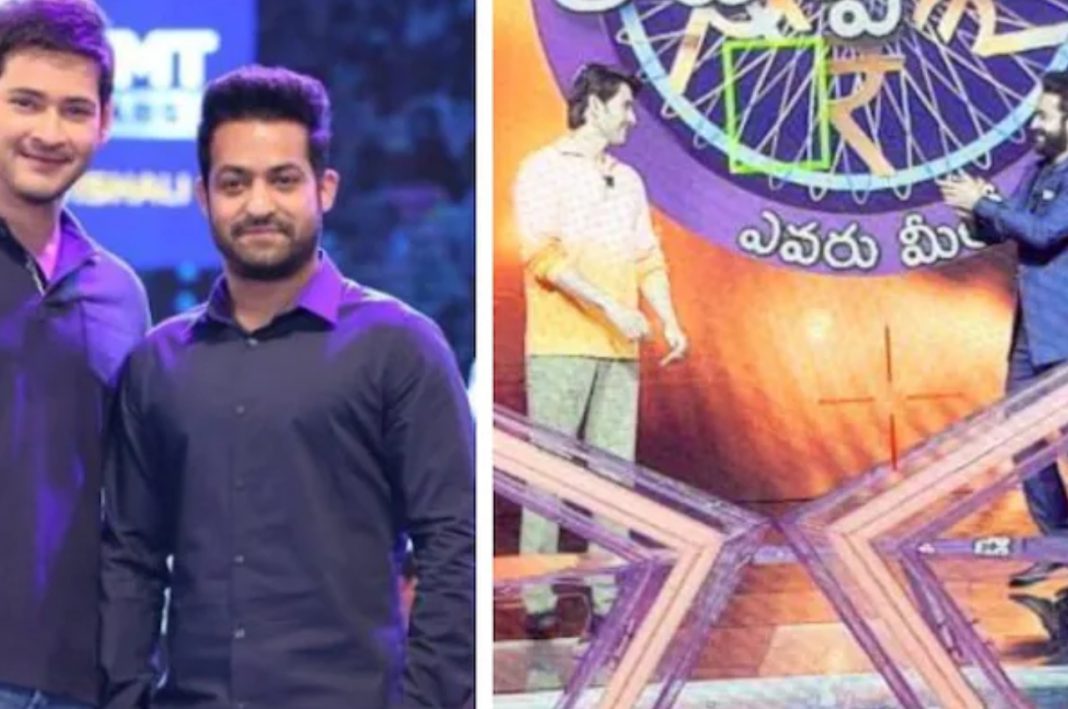 Mahesh Babu will grace the sets of Jr NTR’s Evaru Meelo Kote Koteeswarulu which will be aired on Gemini TV. A picture of the sets featuring Mahesh Babu and Jr NTR has gone viral on the internet. In the leaked photo, host Jr NTR can be seen cheering on the Maharishi actor. For the unversed, the show is the Telugu version of Kaun Banega Crorepati and airs on Gemini TV.

Many renowned Telugu celebs have made their debut to NTR’s show. Previously, directors SS Rajamouli and Koratala Siva have also been invited as the chief guests on the show. While SS Rajamouli is working with Jr NTR on RRR, Koratala Siva has teamed up with the star for his next venture. The episode featuring the two directors will premiere today.

If reports are to be believed, Telugu star Mahesh Babu could be the next chief guest on the show.

It is not the first time that Jr NTR has donned the host cap. After hosting Bigg Boss Telugu Season 1, Jr NTR is back as an anchor on Evaru Meelo Koteeswarulu, which is the Telugu version of Kaun Banega Crorepati. The show began in the last week of August with Ram Charan as the special guest. Ram Charan had appeared as the chief guest in the premire episode. He had won Rs 25 lakh.