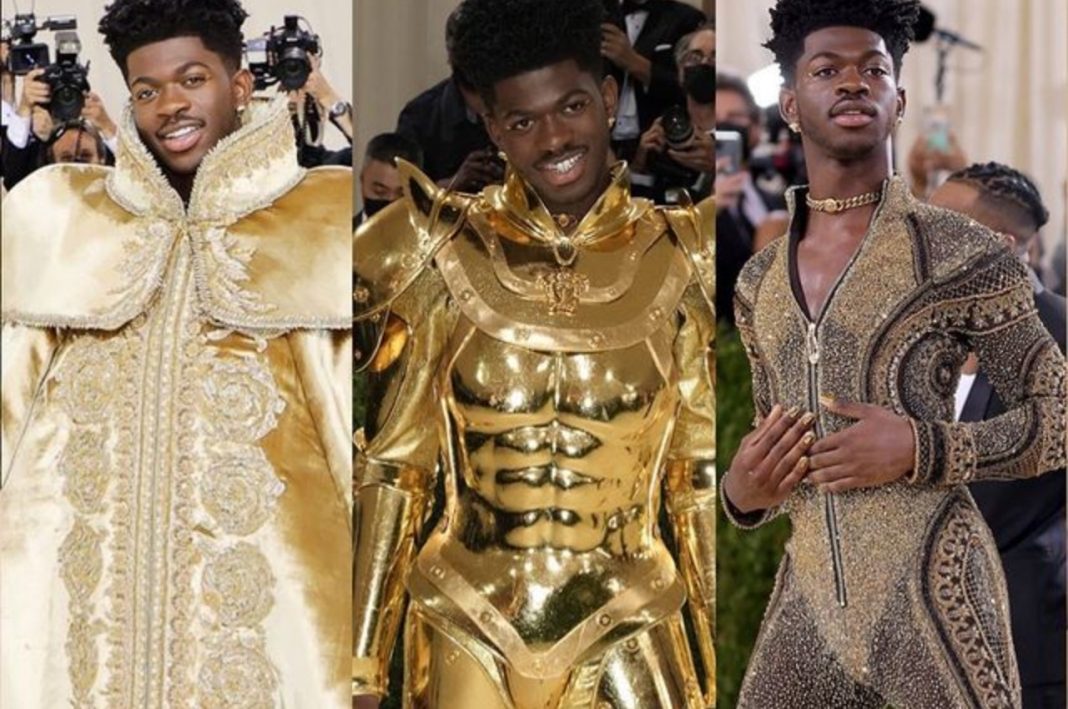 Met Gala 2021 will go down in history for more than one reason. Any major red carpet will inevitably see some political declarations and US Representative Alexandra Ocasio-Cortez’s Instagram post – The Medium is the message — spoke volumes about the haughty event. The event, using the theme “In America: A Lexicon of Fashion” certainly opened the door for celebs to be open about their views. , co-chairs Timothée Chalamet, Billie Eilish, Amanda Gorman and Naomi Osaka welcomed the crème de la crème to Manhattan’s most elite party. that means Cara Delevingne and Megan Rapinoe mingled with New York Congresswomen Alexandria Ocasio-Cortez and Carolyn Maloney were sociopolitical with their outfits.

Hollywood star Elliot Page looked absolutely handsome in an all-black suit at the 2021 Met Gala in New York City on Monday. The Canadian actor posed on the red carpet in a classic Balenciaga suit with a crisp white shirt underneath.

Grammy-winning rapper Lil Nas X turned plenty of heads during his arrival on the red carpet at the 2021 Met Gala as the fashion-forward star showed off three stunning looks.

The 22-year-old hitmaker arrived at New York’s Metropolitan Museum of Art in a Versace ensemble, rocking a giant, embroidered cloak, which led to a series of costume changes. He showed off three different Versace looks.

Canadian actor Dan Levy, the star and co-creator of popular sitcom ‘Schitt’s Creek’, has surprised his fans by appearing at the Met Gala 2021. In order to go with this year’s fashion event’s theme ‘In America: A Lexicon of Fashion’, Levy worked with the designers to create a powerful ensemble that celebrates the LGBTQ+ community. Levy’s Met Gala outfit features an image of two men kissing.
He even took to Instagram to give more details about his ensemble.

“I was fortunate enough to also get to work with @jonathan.anderson and the incredible team of designers and craftspeople at @loewe on a look that meant something to all of us. With support from the estate of American multimedia artist and LGBTQIA+ activist, David Wojnarovicz (1954-1992), Jonathan and the design team built upon an image of two men kissing from Wojnarovicz’s work, Fu** You Faggot Fu***r, named after a homophobic cartoon the artist had come across,” he wrote.

The Met Gala is usually held in early May every year. However, The 2020 edition was cancelled due to the pandemic. This year too, the ball was postponed to September.