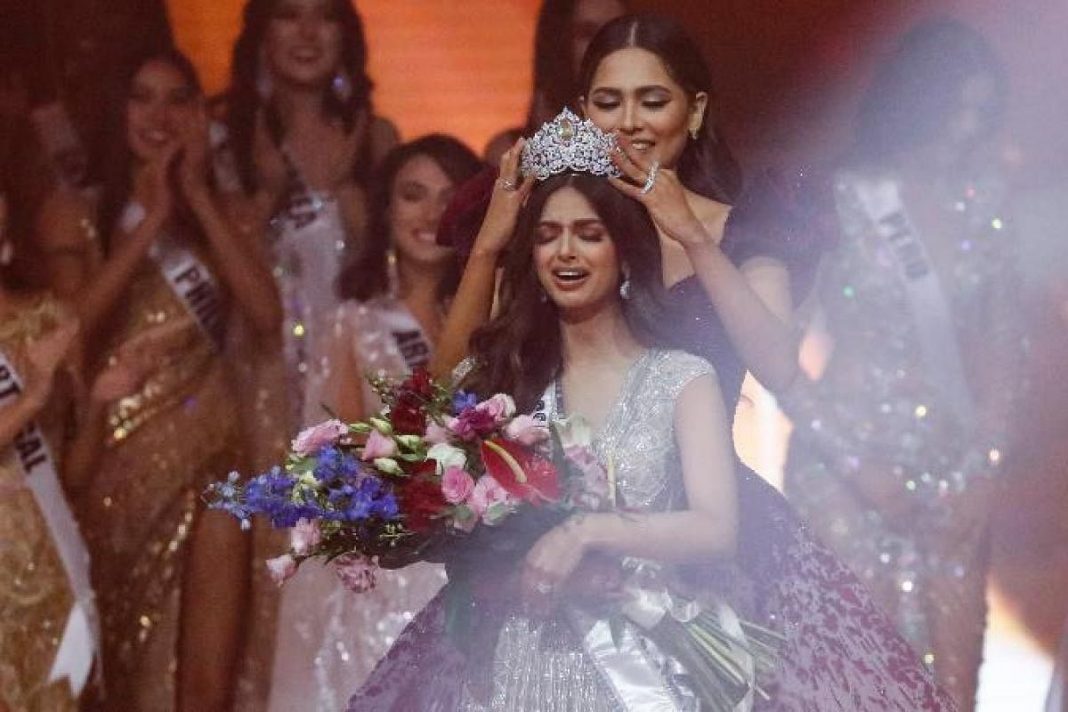 Harnaaz has brought laurels home by winning the crown for Miss Universe 2021, held in Eilat, Israel.

Harnaaz edged out contestants Paraguay and South Africa to bag the crown.

The news of Harnaaz’s win was posted by the official Instagram account of Miss Universe Organisation. They shared the exact moment the beauty queen was crowned the coveted title at the event being held in Israel. “The new Miss Universe is…India,” they captioned the clip. The clip shows Miss Universe 2020 Andrea Meza of Mexico crowning an emotional Harnaaz, who will become her successor. The moment her name was declared as the winner, Harnaaz broke down with tears of joy. She could also be seen joining her hands in gratitude and saying “Chak De Phatte” as she beamed with pride.

Mexico’s Andrea Meza, the reigning queen, passed on her crown to the new successor.
India had earlier won the coveted crown twice with Sushmita Sen bagging the title in 1994 and Lara Dutta in 2000. The 21-year-old Harnaaz, hailing from Chandigarh, has now joined the league of these incredible women.