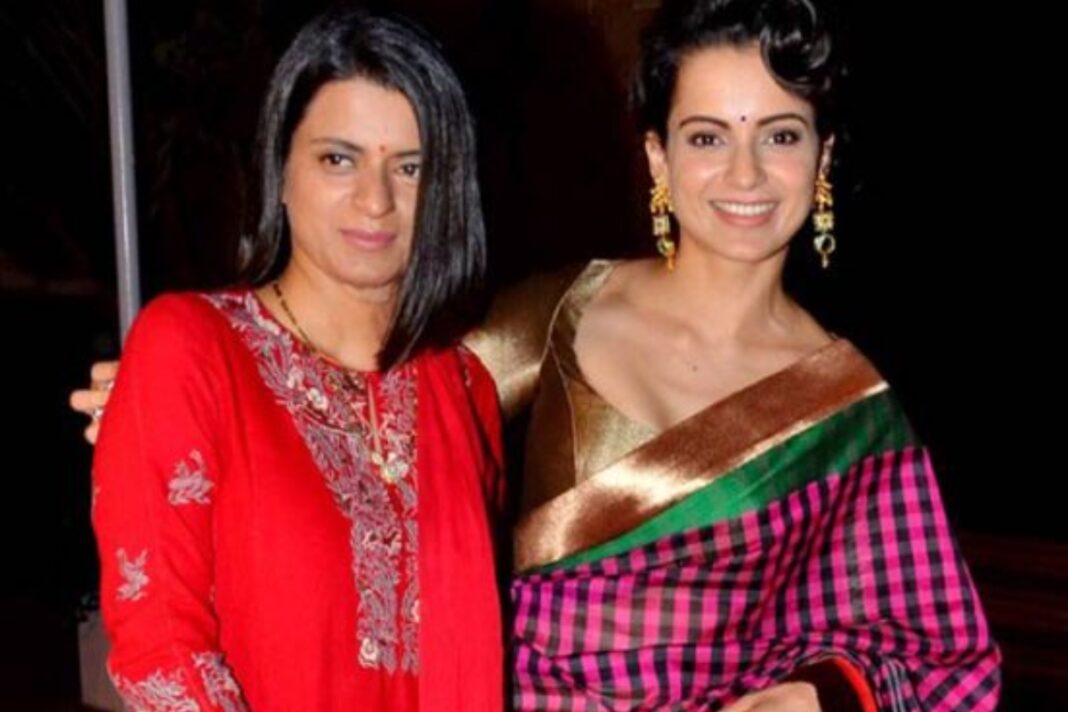 Bollywood actor Kangana Ranaut and her sister and spokesperson Rangoli Chandel have been summoned by the Mumbai Police on October 26 and 27. According to ANI’s report, the sisters have been asked to appear before an investigating officer in a sedition case.

Last week, a First Information Report was registered against the two Mumbai following an order from the Mumbai Magistrate’s court.

The complaint was registered over Kangana’s anti-farmers tweet wherein she had compared farmers protesting against the controversial farm-bills to terrorists. Earlier, an FIR against the actor was registered in a Karnataka court.

The petitioner in Mumbai case is a casting a director who had alleged that besides defaming Bollywood, Kangana is also involved in igniting communal disharmony through her social media accounts. The court has said a thorough probe in the case is necessary.

The Mumbai Police thereafter filed a First Information Report against Ranaut and her sister under IPC sections 153A (promoting enmity between different groups on grounds of religion, race, etc), 295A (deliberate acts hurting religious sentiments) and 124-A (sedition), 34 (common intention).

“We have issued notices to Ranaut and her sister, asking them to appear before the police in connection with the FIR registered against them. They have been asked to remain present on Monday and Tuesday,” said an official.

Post the summon was issued, Kangana took to twitter to respond. : “Obsessed penguin Sena … Pappupro of Maharashtra, bahut yaad aati hai k-k-k-k-k-Kangana, koi baat nahin jaldi aa jaungi (You miss Kangana so much, never mind, I will be back soon),” she said in a tweet.

Kangana has been in feud with Shiv Sena led Maharashtra government for quite some time now. From accusing Mumbai Police of tampering with evidences in Sushant Singh Rajput case to comparing the city to PoK, the Manikarnika actress has launched many attacks against the Sena government.

Meanwhile, Sena has also given it back to the actor by demolishing her property in Mumbai, and not to forget Sena MP Sanjay Raut’s derogatory remark against Kangana.