Support Us
More
More
HomeENTERTAINMENTNaseeruddin Shah said on the statement related to "support" of Taliban by...
ENTERTAINMENT
September 13, 2021 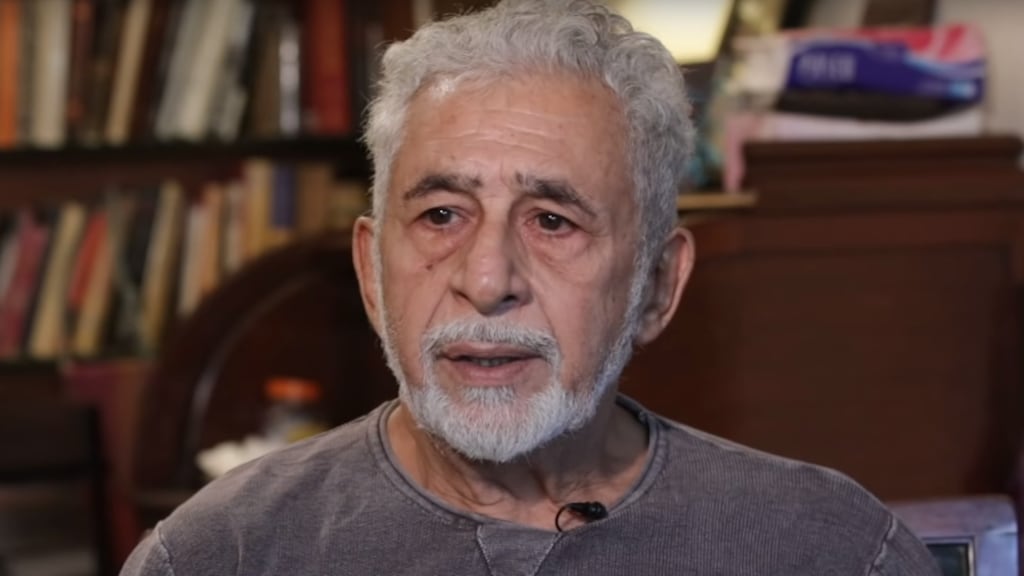 Naseeruddin Shah, Bollywood’s veteran actor and who has expressed his outspoken opinion on burning issues, said that the statement of support or alleged happiness by a section of Muslims not only in India but in the world regarding the Taliban is wrong. introduced from. Shah said that the poison of hatred can easily be mixed in such an environment. Shah said, I did not say any such thing about the entire Muslim community but he is sad that the fundamentalists attacked him for this. While he did not make any statement to put the entire Muslim community in the dock.

Naseeruddin Shah said that he had expressed his concern only about some members of the community doing this. One of them was also a member of the Muslim Personal Law Board, who openly made a statement about support for the Taliban. Shah said that the Taliban’s statement regarding girls’ education, clothing and sports cannot be believed that they are on the path of modernization.

The history of the Taliban gives us no basis for trusting them. Naseeruddin Shah said that he was supported by Hindu fundamentalists for his statement on a section of Muslims and he is happy that one Muslim is putting another in the dock, but I do not need any praise from him.

He is sure that the Taliban will not change his stand and that is why he expressed his opinion on this issue. There can be many people who think like this. Taliban has captured Panjshir, which is near Pakistan Occupied Kashmir and who knows what their next step will beNaseeruddin said that he is saddened to see those who are furious about his statement.

Naseeruddin Shah was questioned that people think that people who support or sympathize with the Taliban in India are few, but when an intellectual like him raises this issue, it appears that this is happening on a large scale. Is. Shah said on this that it does not take long for the forest fire to spread. It does not take long for such forces to influence the mindset of the people. This is the reason that there may be very few people who think like this, but they gave their opinion on it.

Naseeruddin Shah said that most people are not angry with his statement about the Taliban occupying Afghanistan, but his anger about the reforms he has said is disturbing to him. They do not care about the stand of opponents of such reforms or modernization in the community.

Shah said, I have spoken of Indian Islam, by which he means a tradition influenced by moderate tolerant Sufism, which has given us great literature, artwork and other things, whose personalities like Moinuddin Chishti and Nizamuddin Auliya represent. Indian Islam is not a religion that talks about destroying the foundation of the rule of law.