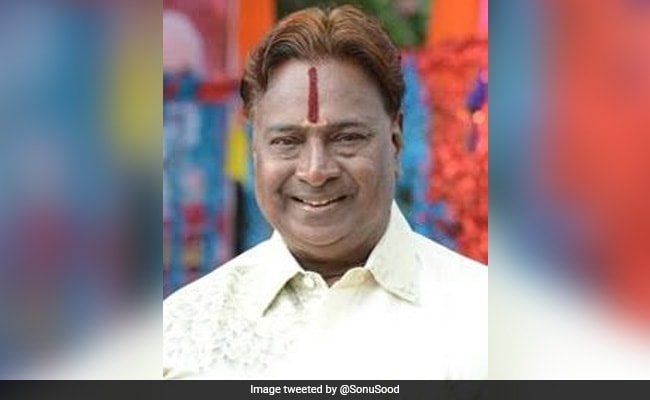 The film industry suffered a major setback when the news of the death of National Award-winning choreographer K Shiva Shankar came. After this news, there is a wave of mourning in the film industry as well as his fans. K Shiva Shankar was 72 years old. He was infected with Covid-19 for some time and was undergoing treatment in Hyderabad. He was admitted to IG Hospital in Hyderabad. Due to ill health, he was shifted to ICU.

Sonu Sood has expressed grief by tweeting on the death of Shiva Shankar. He wrote: “Heartbroken to hear about the demise of Shiva Shankar Master ji. We tried our best to save him, but God had other plans..You will always be remembered Masterji, may God give strength to his family to overcome this loss. Cinema will always remember you sir.”

Apart from Sonu Sood, Bahubali director SS Rajamouli has expressed deep grief over the death of Shiva Shankar. He wrote: “Sad to learn that Shiva Shankar Master Garu has passed away. It has been a memorable experience working with him in the film Magadheera. May his soul rest in peace. My condolences to his family.”

Choreographer K Shiva Shankar choreographed songs in many superhit films of South. He started his career in the year 1970. He was also honored with the National Award in the year 2011. He received this award for the film ‘Magdheera’ starring Ram Charan and directed by SS Raja Mouli. In this film, Kajal Aggarwar played the lead role along with Ram Charan.