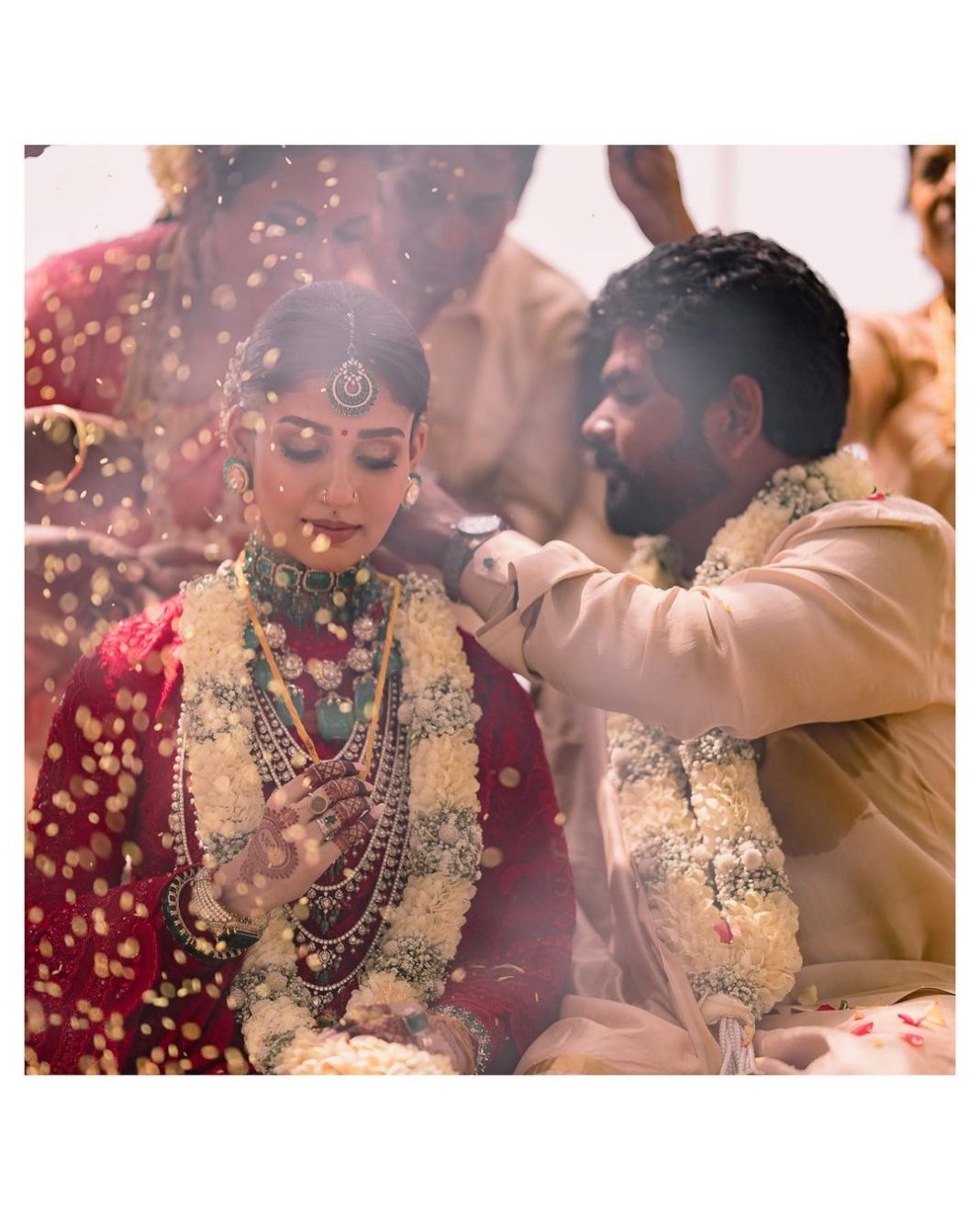 Nayanthara and Vignesh Shivan are now married. The couple tied the knot on Thursday in Mahabalipuram in an intimate ceremony. After performing all the rituals, Vignesh took to Instagram and dropped a string of images from his big day. He also penned a sweet note after getting hitched.

Nayanthara chose to wear a vermillion red, custom-designed saree by Monica Shah of Jade. On the other hand, Vignesh opted for a veshti, kurta and shawl – all handcrafted by the master craftsmen of JADE atelier. Also, the attires were personalised with the couple’s names. Vignesh also penned a heartfelt note on social media. He wrote, “On a scale of 10 …She’s Nayan & am the one. By God’s Grace.. jus married.” In one of the images, Vignesh is seen tying the sacred ‘Thali` around Nayanthara`s neck.

In another picture, he is seen sealing the special moment by giving a kiss on Nayanthara’s forehead. He also dropped a solo picture of Nayanathra and captioned it, “From Nayan mam … to Kadambari … to #Thangamey …. to my baby ….. and then my Uyir … and also my Kanmani ….. and now … MY WIFE.”

Actor Pooja Hegde called Nayanthara the ‘most stunning bride’ as she congratulated the newlyweds on Instagram Stories. Sharing Vignesh’s wedding post, she wrote, “Congratulations to you two.”
Ajith, Vijay, Shah Rukh Khan, Boney Kapoor and Rajinikanth were present at the wedding.

On the work front, Nayanthara is set to star opposite Shah Rukh Khan in Atlee’s Jawan.