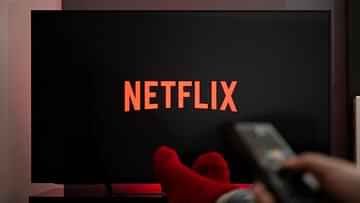 Netflix, which provides video streaming facility in India, has announced to cut its price. Now Netflix plans have become more affordable than before. These new plans are available for all customers. The prices of Amazon Prime have increased from today.

Actually, Netflix has reduced the price of its initial plan from Rs 199 to Rs 149, which is a mobile version. It can be used on mobile and tab only. In this, you get to watch videos of better quality. Its resolution is 480p. While the starting price of Amazon Prime is Rs 179, which is Rs 30 more than Netflix.

This mobile plan supports mobiles and tablets and offers 480p resolution. However, it cannot be accessed on TV and computer. However, it can be used on one device at a time.

The basic plan costs Rs 199 and under this, users get 480p resolution. It can also be accessed on computer and TV. Although only one device can be used at a time.

At the same time, the standard plan of Netflix is ​​Rs 499. Under this plan, Netflix can be accessed on two devices at the same time. Its resolution will be 1080p pixels. Under this account, users can play it on mobile, TV, computers and tablets.

If you want to take advantage of 4K (4 thousand resolution), then you have to recharge with only Rs 649. Under this, users can use the app on four devices, including TV, computer and TV.

At the same time, Amazon has decided to give 3 months membership for Rs 459. However, it can be run on multiple devices at the same time. Five profiles can be created in this, one of which includes kids. For one year, users will have to spend Rs 1499. These new prices have come into effect from December 14. However, users who are already running membership will not be affected.