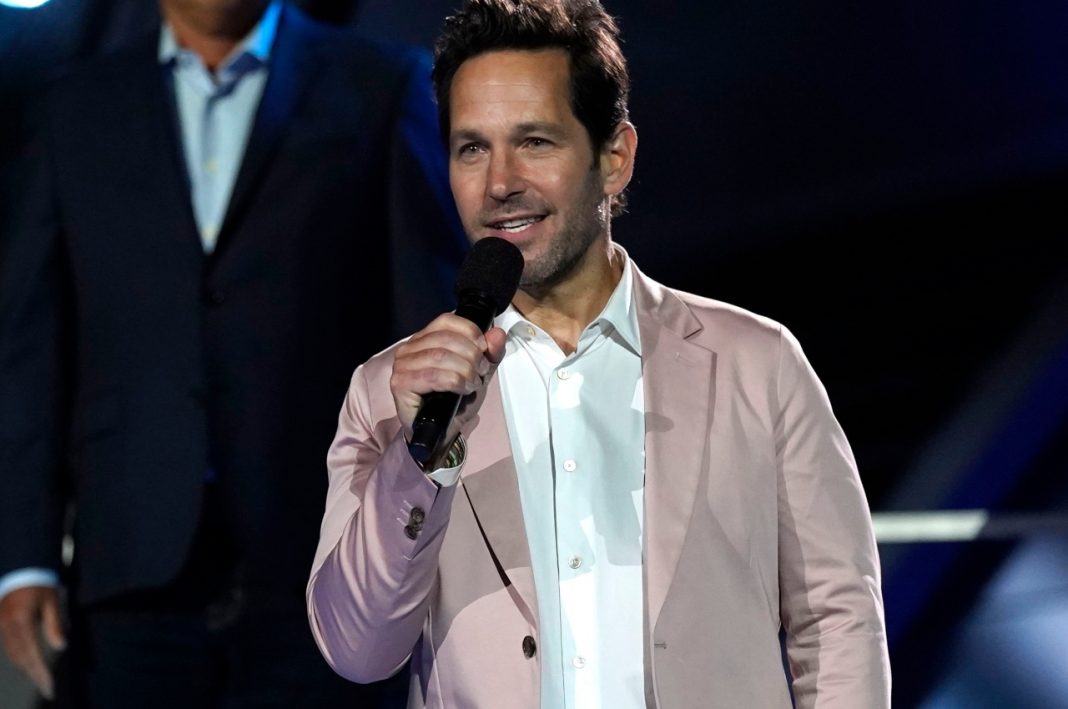 Hollywood star Paul Rudd has been named as People magazine’s ‘Sexiest Man Alive 2021’. TV personality Stephen Colbert made the announcement that ‘Ant-Man and the Wasp’ actor’s new title on Tuesday night’s episode of ‘The Late Show With Stephen Colbert’,.

“Right now, there is one major question on absolutely everyone’s minds: Who will be PEOPLE Magazine’s Sexiest Man Alive for 2021? In these divided times, it’s the last thing that all Americans care about,” said Colbert.

“Well, all the speculation ends tonight, ladies and gentlemen, because it is my distinct honour to have been chosen by the good people at PEOPLE to be the official person to announce this year’s Sexiest Man Alive,” he added. “And it is not a responsibility that I take lightly.”

Colbert then assessed Rudd to ensure that the actor was properly suited to take the coveted ‘Sexiest Man Alive’ title.

Before analysing Rudd’s mental and physical ‘sexiness’, Colbert swore the star in.

“I do solemnly swear to give the sexiest answers I can, to be a man and to stay alive,” Rudd proclaimed. “So help me McConaughey.”

After his intellectual assessment, Colbert also took a physical exam of Rudd, even running his fingers through the actor’s full head of hair, before testing how sexy he could be in a rigorous photograph shoot.

“I just got the results back from the lab, and look…there’s no easy way to say this, you tested negative for sexy. I’m sorry,” Colbert told Rudd.

It was the actor’s gracious reaction that secured him the title. “Don’t you see Paul? There’s nothing sexier than humility,” Colbert said.

“That was the last test — and you passed, Paul — you passed. You’re sexy! Paul, you’re the Sexiest Man Alive.”

The actor’s wife of 18 years, Julie, 53, was the only person he told ahead of time about his new title. She called the achievement “stupefied”.