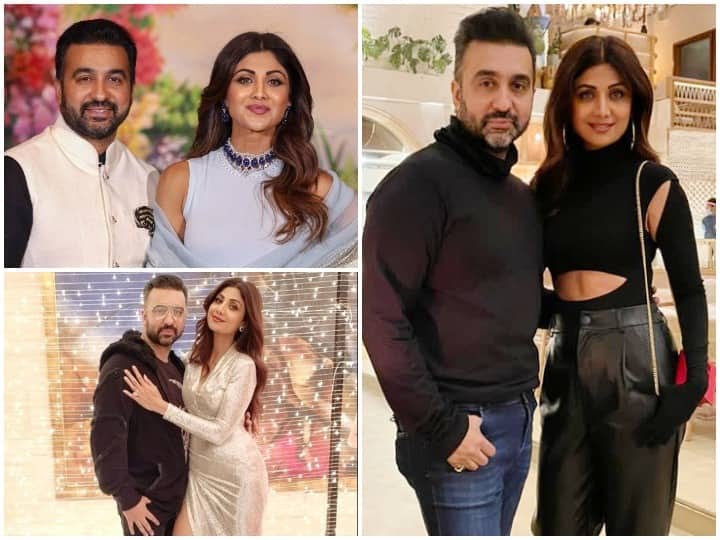 Raj Kundra, who was arrested on charges of pornographic films, has got bail. After the arrest of Raj Kundra, the last few months have been very difficult for Shilpa Shetty and her family. But now their problems seem to be decreasing a bit. Not only Raj Kundra but also Shilpa Shetty has suffered a lot during this whole case. But she always talked about trust and justice on the law and kept herself strong.

Recently, Shilpa reached the Mata Vaishno Devi temple seeking a vow for Raj. Where she was seen cheering the Maa Durga. Shilpa went on a horse to see the mother. Many pictures and videos of this also surfaced on social media.

At the same time, on the occasion of Shilpa Ganesh Chaturthi, Vighnaharta had brought Bappa to her house and then after a day and a half, she also immersed Bappa. Pictures of immersion also went viral on social media in which Shilpa and her two children Samisha and Viaan were seen wearing similar clothes.

After Raj’s arrest, Shilpa shared a post on social media and wrote that, ‘Yes, the past few days have been very challenging in every way. There were many rumors and allegations. The media made many unfair allegations against me and (not so) well wishers too. Lots of trolling/question raised….Not only on me but also on my family. I have not put my side till now… and I will continue to do so in this case as it is under consideration, so stop giving false quotes from my side. As a celeb, I repeat my philosophy once again, never explain, never complain. All I will say is that the investigation is on, I have full faith in the Mumbai Police and the judicial system. As a family, we are doing whatever legal remedies we can.’

Actress Shilpa Shetty and her mother accused of cheating of crores

After this Shilpa shared another post. She posted a picture of a page from a book on his Instagram story. Her post highlights James Thurber’s quote, which read, “Don’t look back in anger, or look ahead out of fear, but look with awareness.”

At the same time, some time ago she shared such a post, after which it was speculated that Shilpa Shetty is going to get divorced from Raj Kundra, but no statement was given from Shilpa’s side. Actually he shared a page titled ‘New Endings’. In which it was written, ‘We can spend a lot of time analyzing the bad decisions we have made, the mistakes we have made, the friends we have hurt. If only we were smarter, more patient or just better. We cannot change the past, no matter how much we analyze it.