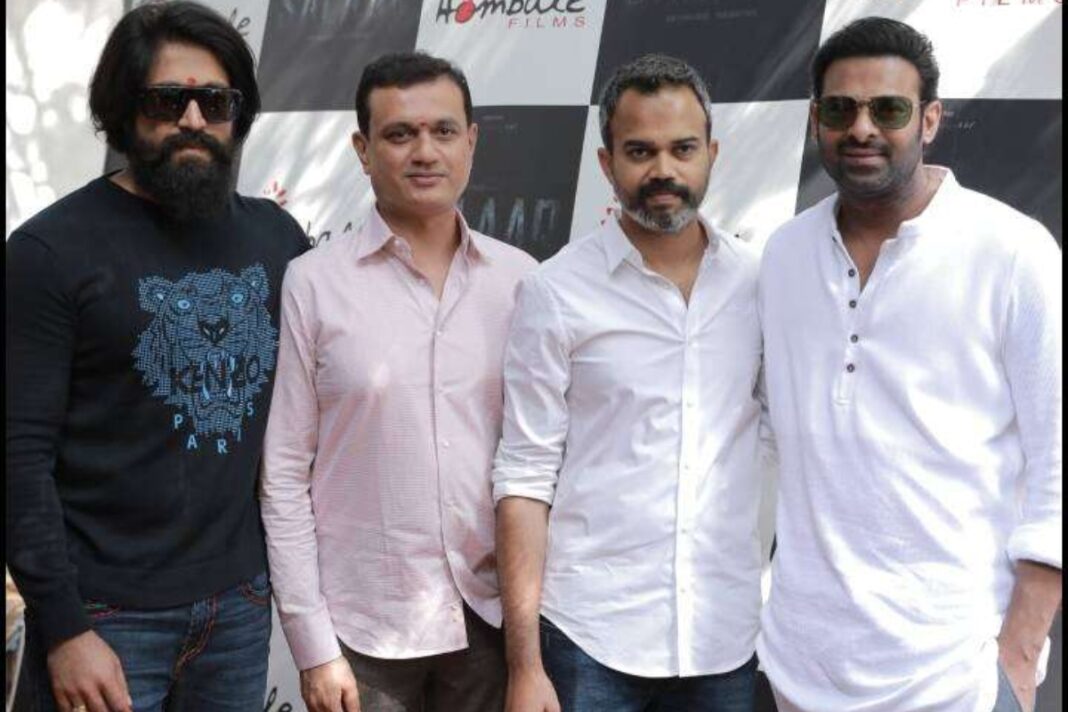 Superstar Prabhas has taken over the Twitter trend for today as the actor launched his new film Saalar in Hyderabad. The film was launched with a customary Puja which saw director Prashanth Neel and Producer Vijay Kiragandur in attendance. However, what made fans go gaga was KGF star Yash’s presence who had also come out to attend the launch event of Prabhas’ film.

While Prabash looked dashing in grey trousers and white kurta, Yash could be seen sporting a chic look in blue denim and navy blue round-neck t-shirt in the pics that took social media by storm. The two could be seen grinning from ear to ear as they posed for a picture together.

Meanwhile, Prabhas too shared a photo on Instagram from the launch event and wrote, “Here’s to kick-starting another journey! #SalaarSagaBegins #Salaar @hombalefilms @vkiragandur @prashanthneel (sic).”

Prasanth Neel, who is known for his smashing hit KGF, took to Twitter and shared some stills from the event.

“Thank you @VKiragandur sir and #Prabhas sir for this opportunity. Thank you my rocky @TheNameIsYash for being with us today. Will not let you all down!! Overwhelmed with all the love and support coming our way.Thank you everyone (sic),” wrote

Meanwhile, Prabhas has a number of big-budget films in his pipeline. He will soon be seen in romantic drama Radhe Shyam with Puja Hegde and will also feature in mythological drama Adipurush. He is also a part of yet to be titled project by Nag Ashwin wherein Deepika Padukone will be seen co-starring him.