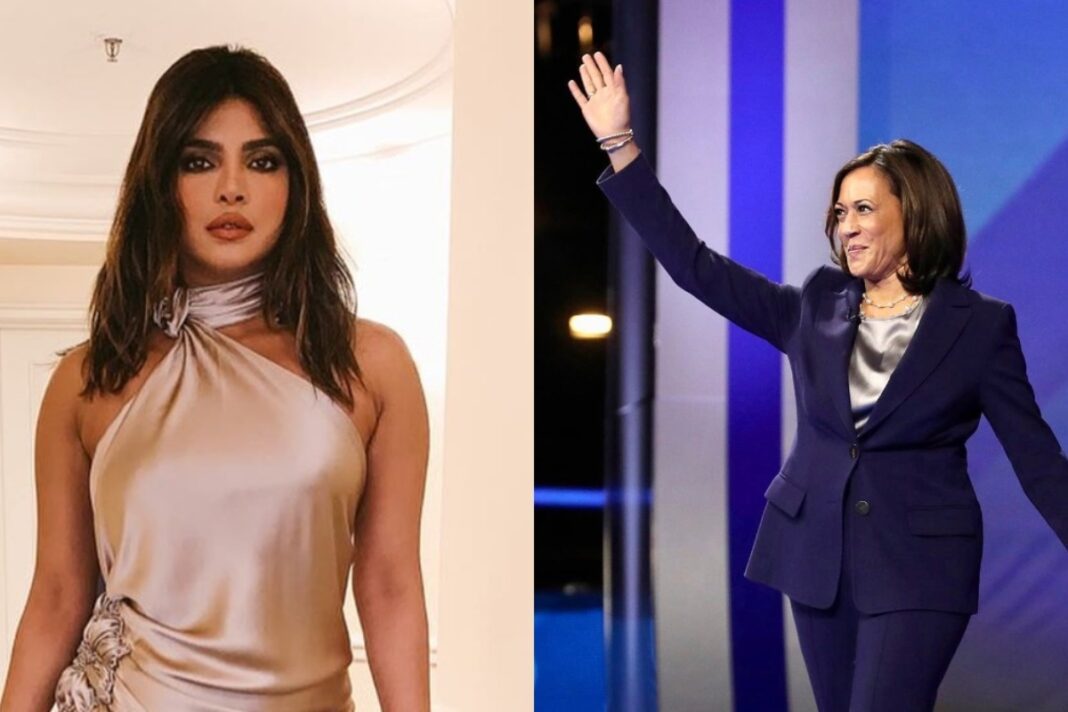 Actor Priyanka Chopra on Sunday lavished US Vice President–elect Kamala Harris with praises, calling her “a positive example of leadership”.

In an Instagram post, Priyanka hailed Harris for being the first Vice-President of the United States while adding that what makes it more meaningful is that she is a woman of colour.

Sharing the cover page of Vogue’s latest special issue on Harris, Chopra wrote in the caption, “After watching the horror of how things unfolded this week on Capitol Hill in Washington DC, it’s promising that in just 10 days America will be inherited by such a positive example of leadership. A WOMAN! A WOMAN OF COLOR! AN INDIAN WOMAN! A BLACK WOMAN! A WOMAN WHOSE PARENTS WERE BORN OUTSIDE THE US! And could there be anything more special, as the VP Elect put it, than the fact that little girls will only know a world where a woman is the Vice President of the US. Coming from India, a country (like many others around the world) that has had several female leaders, it’s hard to believe that this is the US’ first! But it surely won’t be the last!”

Notably, Priyanka had become the first Indian woman to grace the cover of American Vogue in 2018.

On the work front, the actress recently wrapped up the shoot of her upcoming film Text For You.

Meanwhile, Kamala Harris, along with President-elect Joe Biden, will take up the White House duties on January 20.