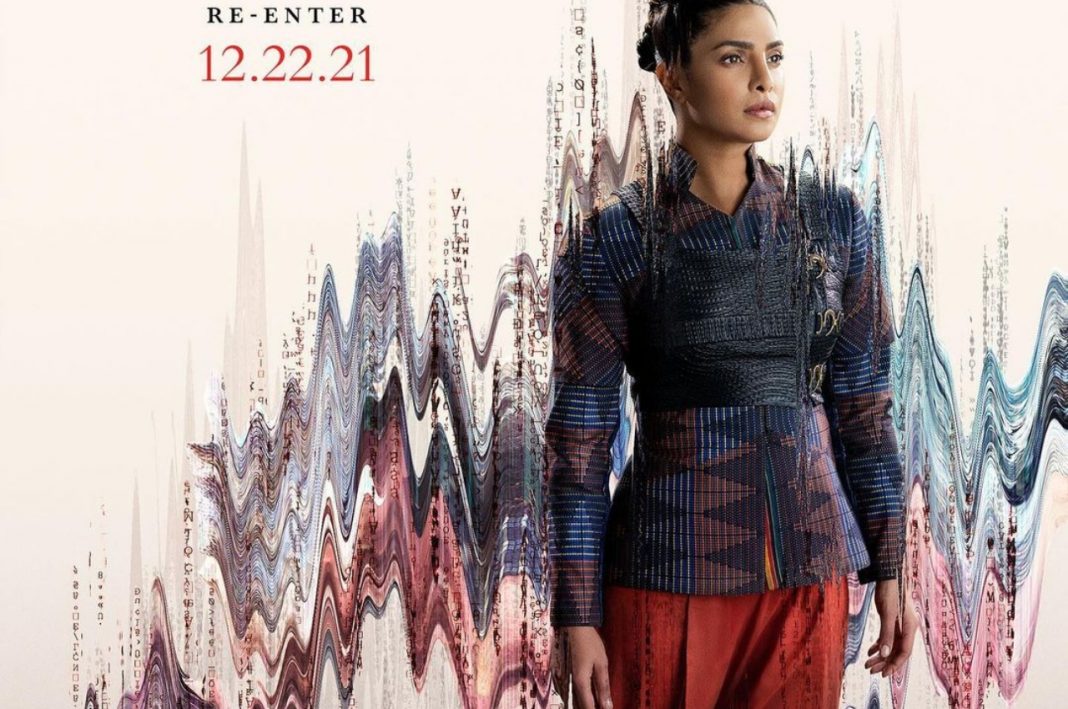 As ‘The Matrix Resurrections’ inches closer, global star Priyanka Chopra unveiled her first look poster of the film. Taking to her Instagram handle, the actor shared the poster of her new avatar in which she has her hair braided and tied up, and can be seen wearing a blue corset jacket paired with loose-fitted lower and high boots. She penned the caption, “And she’s here. Re-enter #TheMatrix 12.22.21.”

The forthcoming movie’s trailer was recently dropped on September 9, giving fans a much-needed taste of the highly anticipated sci-fi film.

The trailer for ‘The Matrix Resurrections’ showed Mateen’s character giving Neo (Reeves) the infamous red pill and helping him fight some attackers.
The original Matrix franchise was known for its mind-bending perception of reality that is still a subject of debate for cinephiles and it appears that ‘The Matrix Resurrections’ will be taking that conversation even further.

A joint production by Village Roadshow Pictures and Venus Castina Productions, the fourth film of ‘The Matrix’ franchise will be released theatrically and on HBO Max on December 22, 2021. (ANI)