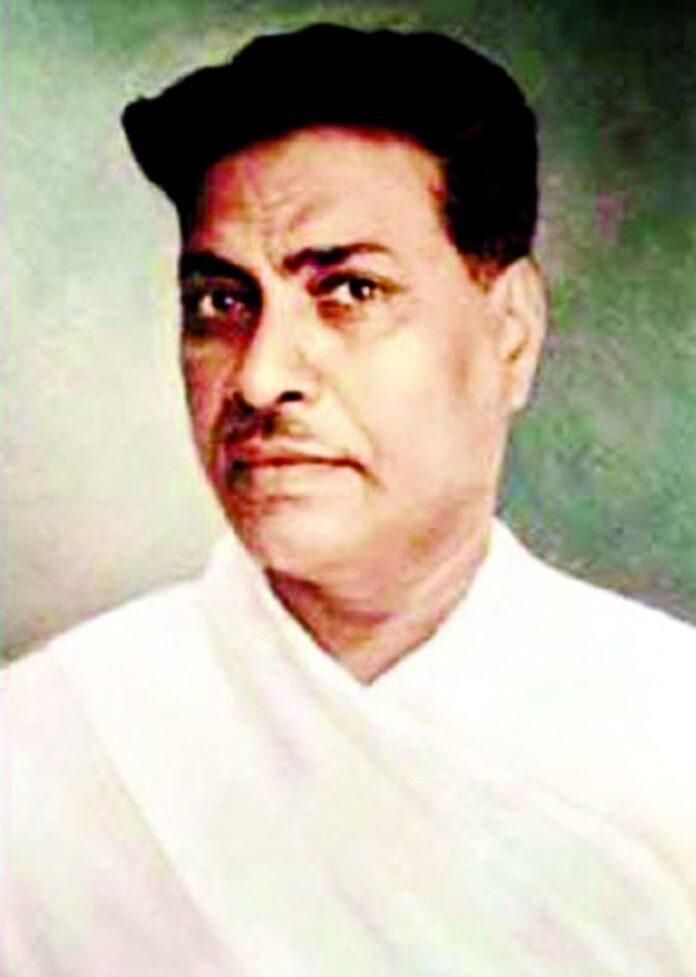 Bibhutibhushan Bandyopadhyay (1894-1950) novelist, was born on 12 September 1894 at Ghoshpada-Muraripur village, near Kanchrapara in the 24-Parganas West Bengal.

He is awardee of ”The Rabindra Puraskar or the Rabindra Smriti Puraskar” is the highest honorary literary award given in the Indian state of West Bengal.

His father Mahananda Bandyopadhyay, a resident of Barackpur village in the same district, was a sanskrit scholar and had been awarded the title of ‘Shastri’.

Renowned novelist Bibhutibhushan Bandyopadhyay is known for his work in Bengali literature. Some of his bestselling novels have been adapted into movies. Some of the movies based on Rabindra Puraskar-winner are Pather Panchali, Aparajito, Ashani Sanket, Alo, Chander Pahar, and Sahaj Paather Gappo.

He also used to teach at Gopalnagar School till his death. While he was staying at Bhagalpur, he wrote the infamous Pather Panchali. Ichamati, Bipiner Sansar and Pather Panchali are some of his renowned works.

Pather Panchali, his first novel, is considered to be his masterpiece. Aparajita is a sequel of Pather Panchali. Pather Panchali has been translated into several Indian and European languages and was made into a highly acclaimed film by satyajit ray, who also made two films based on Aparajita and Asani Samket.