Rhea Chakraborty, brother Showik is in search of new house in Mumbai 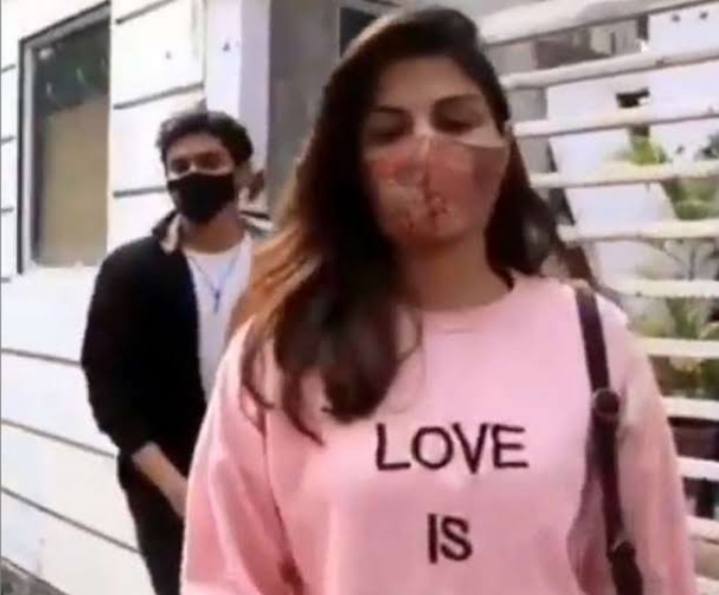 Bollywood actress Rhea Chakraborty was spotted on Sunday, months after coming out of jail. Rhea along with her brother Shouvik are looking for a new home in Mumbai. Many pictures of Rhea are getting viral on social media in which she is seen with brother Shouvik.

It is known that after the death of Sushant Singh Rajput, actress Rhea Chakraborty had come in for a lot of discussion. Rhea was arrested by the NCB (Narcotics Control Bureau) after the drugs angle in the Sushant case. She remained in jail for several days and in October she came out on the vine. At the same time, Rhea’s brother Shouvik Chakraborty was also arrested in the same drugs case. She received Bell on 2 December.

Recently, Rhea’s lawyer Satish Manashinde issued an official statement saying, “I welcome the statement of Home Minister Anil Deshmukh. The CBI should make its investigation public. Rhea has been arrested in the Bogus case. NCB has no evidence.” Rhea was harassed by many agencies and had to go to jail, till the Bombay High Court granted her bail.

According to media reports, Rhea is going to make a comeback in films this year. Rumi Jaffrey, who is a director and close to Rhea and Sushant, said this in an interview.