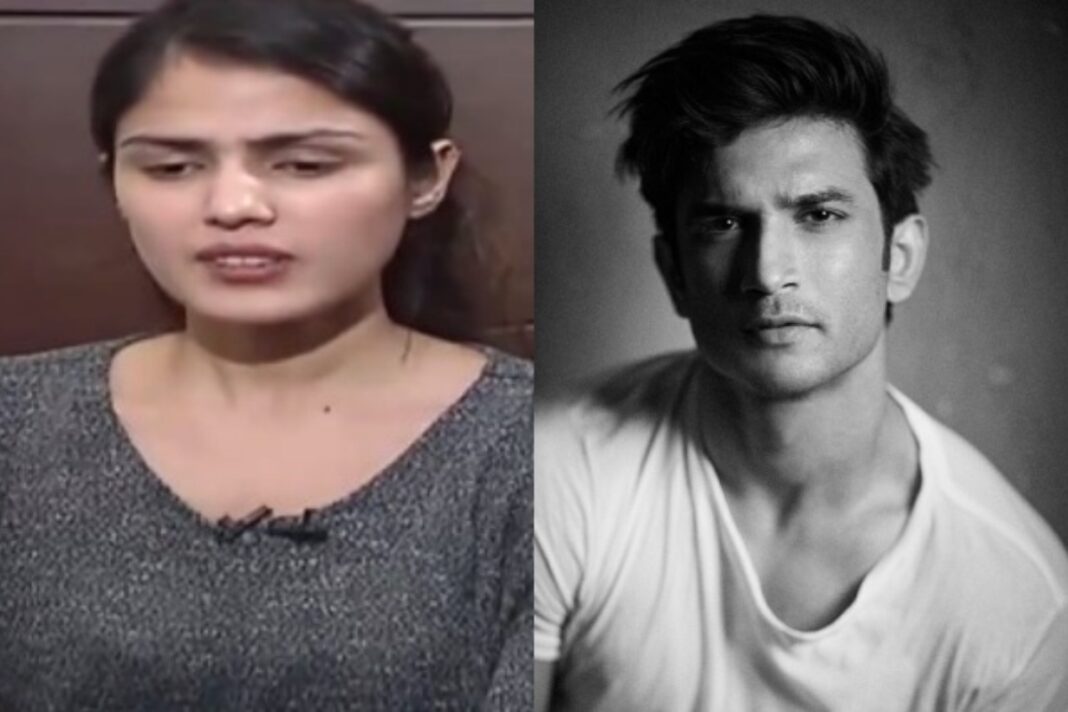 Rhea Chakraborty, who has been accused by Sushant Singh Rajput’s father of abeting actor’s suicide, made a several revelations on Thursday. It is for the first time the actress has opened about her relationship with the deceased actor in public domain.

Rhea called the whole investigation a “witch-hunt” wherein everyone is trying to prove they loved Sushant.

In an interview to NDTV, Rhea said that Sushant’s family’s claim about not informing them regarding his deteriorating health is baseless. She mentioned that she had told the actor’s family about his depression and yet they chose to leave him. “I was not isolating Sushant from his family. He went to Chandigarh to meet his sister’s family. They met him in Bandra and sat smiling in a cafe. Why did his brother-in-law message a cop asking him “whack” me? Why did you let him come back from Chandigarh if you think I was isolating him,” she said.

She also questioned why did Sushant’s sister Meetu leave if he was unwell who had come to meet him the week he died.

Rhea also refuted the accusations of money laundering, but accepted that she and Sushant had a company where they were equal partners.

“The allegations are completely baseless. I never took a single rupee from him. I am being probed by the Enforcement Directorate. Sushant’s bank statements are in public domain. We had a company where we were equal partners. The ED wants to know financial details. I am willing to cooperate with everyone. All I ask is for a fair trial by the media, people. You are breaking down a simple, innocent middle-class family,” she said.

She also said that Sushant shared a close-friendship with her brother Showik who would often accompany both of them in their trips.

“Showik and Sushant shared a lot of common interest. He was like a elder brother to Showik. If Sushant was interested about something, he would tell my brother to read about them,” she added.

On being asked about the infamous ‘Sorry Babu’ incident, Rhea told India Today, ” I got to see the body for 3 seconds. I said ‘I am sorry’, because, I am… that he has lost his life.I touched his feet as a mark of respect, which any Indian could understand why anyone touches someone’s feet.”

Rhea also said that she didn’t go to Sushant’s house because she did not share good relations with his family. She further said, “I was ready to go to the funeral, but my industry friends told me not to go as his family doesn’t want me there. I would only be insulted and be asked to leave from there. Then one of my friends said that it is important for me to see his body for the last time because if I don’t, I will not get closure and it will be hard to accept the fact that he is no more.”

On being asked if she used to take drugs, Rhea said, “I deny all allegations. I don’t want to hurt the investigations. I do know Gaurav Aarya (hotelier). I have never taken MDMA.” She also said that she’s ready to take a blood test to prove her stance.

She mentioned “Yes, Sushant used to smoke marijuana, he used to take it even before he met me. He started this during Kedarnath. I used to control him in this department only. He was a man of his own choices and nobody could stop him.”

Sushant was found dead at his Bandra apartment on June 14. The case is currently being probed by a team of CBI.