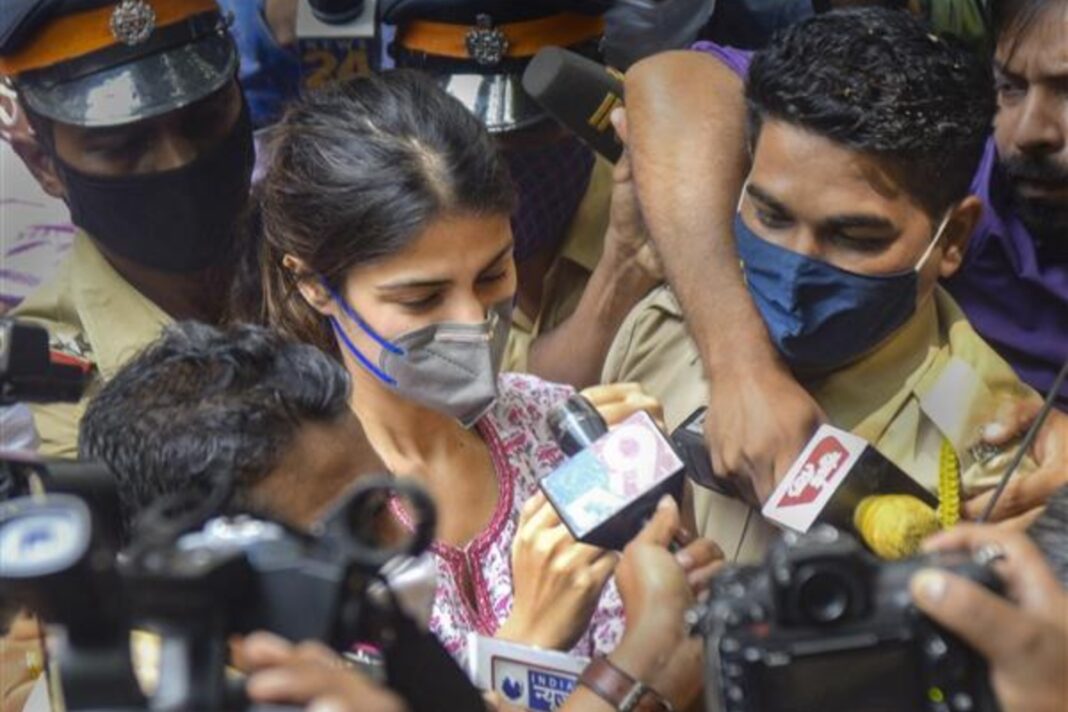 Sushant Singh Rajput’s girlfriend Rhea Chakraborty has now become the only topic of discussion across the country. Ever since Sushant’s death, not even of a single move of Rhea goes unnoticed, and that’s why, when it was learned that she would be appearing at NCB, a number of reporters mobbed the 28-year-old actress on her way to the NCB office.

A few pictures of the actress being attacked by a number of reporters in order to take her byte surfaced on the internet, leaving a section of Bollywood baffled over the treatment given to her.

Celebrities like Shibani Dandekar, Sayani Gupta, Taapsee Pannu, Richa Chadha and Swara Bhasker have not only slammed the unfair treatment to the young actress, but also demanded justice for her.

Shibani Dandekar, who has known Rhea since her teenage, started the hashtag, #JusticeforRhea to show solidarity with the actress. The hashtag soon gained momentum with a number of Bollywood celebrities joining the bandwagon.

Richa Chadha took to Twitter to share a cryptic note on Sunday. “You may think no one is watching… no one can from the sunken depths of their existence… that no one notices your naked greed, your black heart, the real rotting maggot-infested ogre that you are. But you’re wrong. We’re watching. Because for now that’s all we can do. Watch. But watching we are… And we will make sure you pay for your actions , one way or another… It is this righteous rage that frightens you… you rush to muzzle it’s voice. But you’re destined to fail… for truth emerges, like the sun… night after night… Wait. Watch. You’re welcome,” she wrote.

“In the name of justice these people have lynched a human being off her right to live even before proven guilty. I sincerely pray karma finds the address of each and every human being part of this lowest low of mankind we are witness to,” Taapsee wrote.

She, meanwhile, shared a quote from Priyanka Chopra starrer Mary Kom. “Kissi ko itna bhi mat darao ki dar hi khatam ho jaye. Aur jisko dar nahi hota na usse thoda darna chahiye. (Don’t scare someone so that they have nothing to be afraid of. Those without fear should be feared),” she wrote in Hindi.

Taapsee had earlier tweeted, “Every woman who is with a relatively more successful man is NOT a ‘gold digger’ and for the rest , truth and investigating agencies will do their job. One step at a time.”

Rhea was grilled by NCB for two consecutive days in her possible connection with drug trafficking that emerged after the death of Sushant Singh Rajput. Rhea’s brother Showik is already under the custody of NCB in the same light.