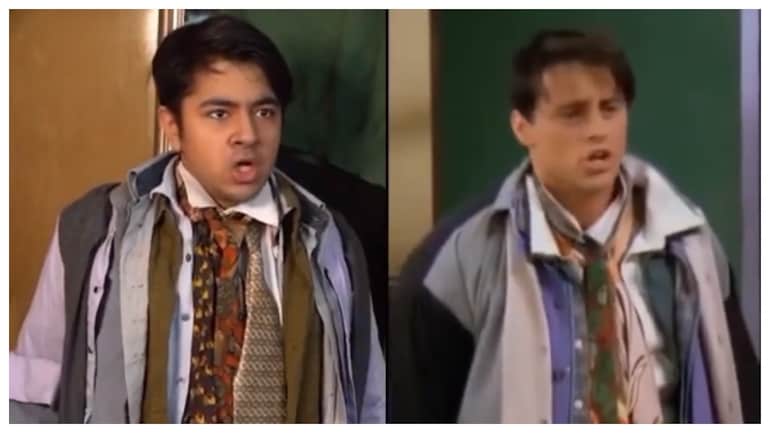 F.R.I.E.N.D.S the American sitcom might have telecasted in the year 1994, but still it is one of the most popular shows till date. People love bing watching it and they are still majorly obsessed with it.

When a video of a boy mimicking the popular characters of the show posted on social media, it went viral with 1.5 million views.

The mimicry was done by Instargram user Ronit Ashra, a 17 year old boy, who is known for his funny mimicry celebrities.

In video he is seen acting out various popular scenes from the show. We see Ronit mimicking of scenes where, Joey wearing all of Chandler’s clothes also mimicking Janice’s weird laugh.

And the most epic scene where quiz round between Chandler, Joey, Monica and Rachel that was anchored by Ross is also mimicked by him. And he also mimicked the iconic ‘he is her lobster’ dialogue of Phoebe’s .

“Could I be wearing any more clothes? Here’s my favourite take on @friends guys,” read the caption of the post.

Comments section is filled with appreciation –