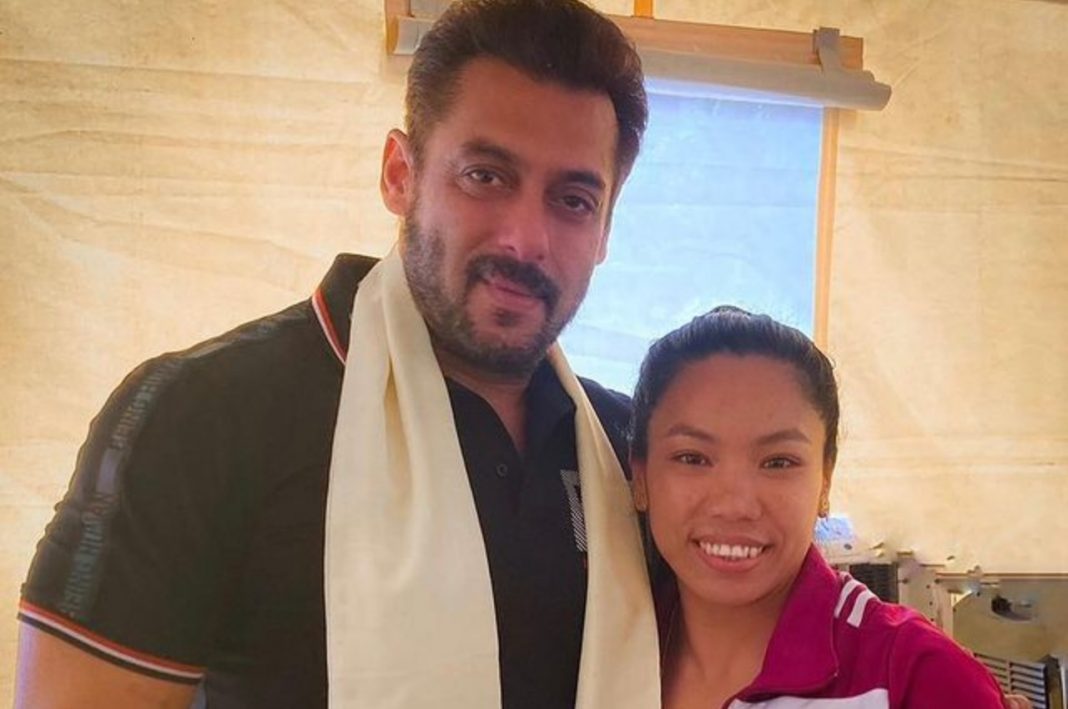 Bollywood actor Salman Khan on Wednesday took to his social media handles and shared a picture with Indian weightlifter Mirabai Chanu, who is garnering praises for winning the silver medal at the Tokyo Olympics 2020 in the 49 kg category.

Salman shared the photo on his Instagram account, wherein he is seen Mirabai giving a hug, and congratulated her on her win at the recently held Olympics in Tokyo. Congratulating the Olympian, Salman wrote, ‘Happy for u silver medalist @mirabai_chanu .. lovely meeting with u … best wishes always!’ In the photo, Salman is seen wearing a T-shirt and ivory stole around his neck. Mirabai, on the other hand, dresses in a pink dress, can be seen grinning from ear to ear.

The 55-year-old star also shared the same photo on his Twitter handle, which was reposted by Mirabai, along with which she wrote, “Thank you so much @BeingSalmanKhan sir. I am a big fan of you and it was like a dream come true for me.” Earlier in an interview, Mirabai had confessed that she was a fan of Salman Khan.

Mirabai Chanu won the silver medal win in the women’s weightlifting 49 kg category. Earlier, actor Anushka Sharma had also expressed her admiration for Mirabai, sharing a picture of earrings that she wore to the match.

Anil Kapoor wrote in a tweet, “Congratulations @mirabai_chanu !! This is incredible!! #TeamIndia #Cheer4India.”

Abhishek Bachchan also tweeted, “Congratulations @mirabai_chanu on bringing India a silver medal in weightlifting and giving us a strong start!”

Coming back to Salman Khan, he will be next seen in ‘Kick 2’ alongside Jacqueline Fernandez. He also has ‘Tiger 3’ with Katrina Kaif and a special appearance in Shah Rukh Khan-starrer ‘Pathan’. He will also be seen in ‘Antim’ wherein he will be co-starring with brother-in-law Aayush Sharma.