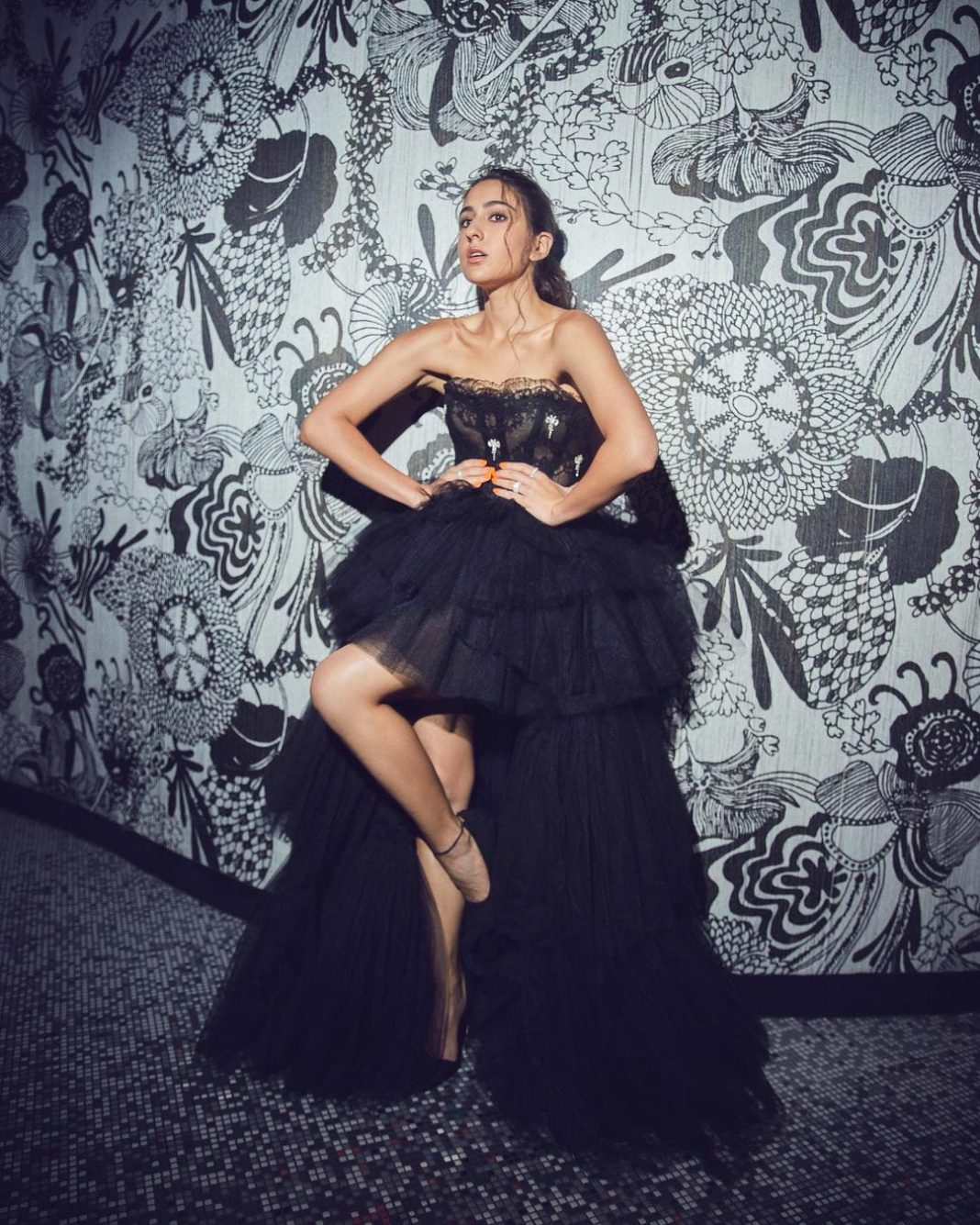 Bollywood actress Sara Ali Khan is one of today’s most promising young actresses. Her optimism, demeanour and aura have always attracted a large number of fans and there is no doubt why. Not only does the actress have a strong foot in media presence, but the actress is also popular for her humor.

Sara, who recently visited Dubai to attend the IIFA awards, made the most out of her presence by donning the best outfits. The actress will be seen performing on her hit song Chaka-Chak from her successful film Atrangi Re. Taking to her social media, the actress shared a picture of herself in a black outfit by Aadnevik. She captioned the picture with few spider net emojis.

While on the film front, the actress was spotted shooting for ‘Gaslight’ with Vikrant Massey and has recently finished shooting for an untitled project next to Vicky Kaushal.