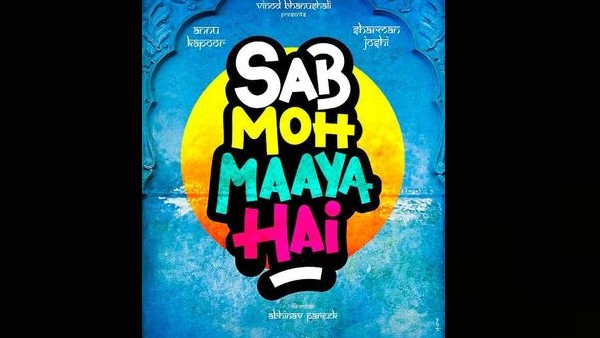 Actors Sharman Joshi and Annu Kapoor will be seen sharing screen space in a new film titled ‘Sab Moh Maaya Hai’, which is being produced under Vinod Bhanushali’s production house – Bhanushali Studios Limited. The film is helmed by Abhinav Pareek and will revolve around a father-son relationship.

Excited about the project, Vinod Bhanushali said, “Sab Moh Maaya Hai is a very moving story that our cinema loving audience will relate to instantly. The minute I heard the script, I was hooked and knew that these subjects should be addressed and taken to every nook and corner through cinematic storytelling.”

He added, “Annu Kapoor ji and Sharman Joshi are fantastic actors, and their story in the film will resonate with cinegoers. Abhinav as a director addresses the issues in a very contemporary way.”
‘Sab Moh Maaya Hai’ is scheduled to release in 2022.

Vinod Bhanushali’s Bhanushali Studios Ltd has a stellar list of projects which are in the queue. It will see interesting scripts and talented actors.