Shehbaz Badesha Got Sidharth’s Shukla face Tattoo On His Arm 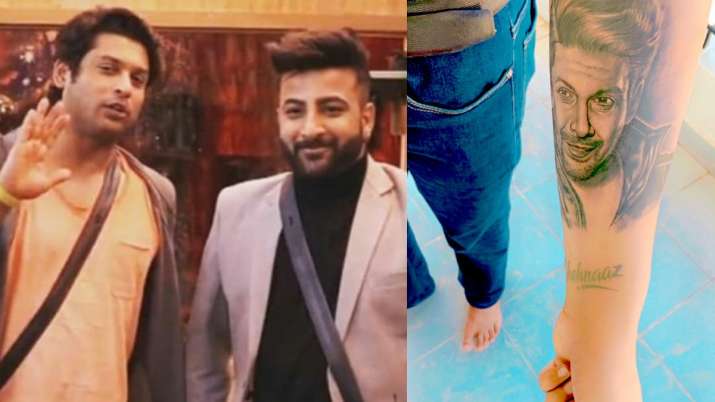 The sudden demise of Bigg Boss 13 winner Sidharth Shukla’s sudden demise has left whole the TV as well Bollywood industry and his fans in such a state of shock. Sidhearts, the fans of Sidharth Shukla are still struggling to believe that he is no more. His death shattered Shehnaaz Gill, Shehnaaz Gill was seen broken at his funeral and fans have been sending the actress all the love and support to cope with this huge loss.

But now her own brother Shehbaz Badesha headed to Instagram handle to post a picture of his recent tattoo. He got this tatto in the memory of the late actor. Shehnaaz’s brother got Sidharth’s face tattooed on his arms.

http://PM Modi said on the challenge of Afghanistan – SCO should make a common draft to fight fundamentalism and terrorism

Also Shehbaz have been seen active on social media account after Sidharth Shukla’s death. Calling the late star ‘Sher’, he mentioned that he would try and become like him. He wrote, “MERA SHER ‘ U R ALWAYS WITH US AND U WILL B ALWAYS ‘WILL TRY TO BECOME LIKE U. IT IS A DREAM NOW ‘ AND THIS DREAM WILL COME TRUE SOON.”

Notably, Sidharth Shukla and Shehbaz bond began in the Bigg Boss 13. The bond become strong as Shehbaz entered in Bigg Boss in connection week. His fun loving personality was liked and loved by the viewers. The audience witnessed a beautiful relationship with Sidharth Shukla. Fans also gave them a moniker #SidBaaz. He had flown down to Mumbai after the death of the actor. Since the demise of Siddharth Shukla he has been putting up posts remembering him. SidNaaz fan have showered love on Shehbaz Badesha after seeing the tattoo.

Earlier this month Shehbaz father Santokh Sukh got the Shehnaaz name tattooed on his arm . The videos and pictures had gone viral on the internet in fans were appreciating Gill family for showing constant support.