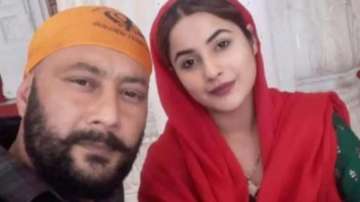 Santhok Singh Sukh recently joined the Bharatiya Janata Party (BJP) ahead of the Punjab assembly elections scheduled to be held in 2022.

According to a report published on news18.com, Santhok Singh was shot at in Amritsar when two men on a bike fired at him when he was on his way back home from events in the city.

His security had parked the car they were travelling in for a toilet break, when he was alone in the car. The two bike-borne men then came near him and as soon as he rolled down the windows, he was allegedly shot at, as per amarujala.com. The report said his security threw bricks at the men to stop them but they managed to flee.

Investigations in the matter are currently underway.

Meanwhile, his daughter Shehnaaz, was last seen in the Punjabi film ‘Honsla Rakh’. She has been away from the limelight ever since Sidharth Shukla passed away.