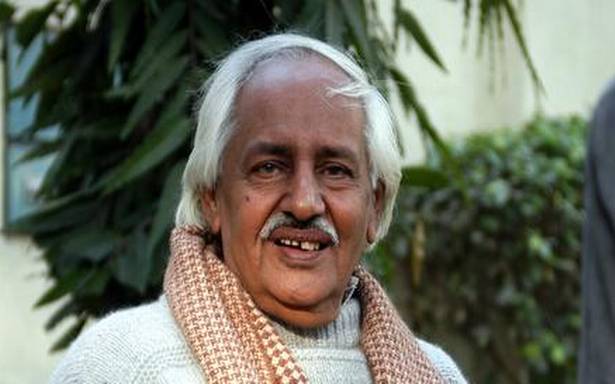 Veteran writer-filmmaker Sagar Sarhadi, who is credited for bringing the most emotional stories in Bollywood in the late 70s and 80s, has passed away. He breathed his last at his residence in the the city following age-related ailments. He was 88. Sarhadi passed away late Sunday night after being admitted for days in ICU.

“He was absolutely fine. He had no ailment. It was just age, and he wasn’t eating properly for last few days. He shouldn’t have gone but he has… ,” his filmmaker-nephew Ramesh Talwar told Indian Express.

Sharing the news regarding his passing away, Poet, lyricist, scriptwriter Javed Akhtar tweeted, “Sagar Sarhadi a veteran theater and film writer who wrote films like Kabhi Kabhi, Noori and directed Baazaar has passed away. My heart felt condolences to the late bachelor’s nephew Ramesh Talwar.”

Filmmaker Hansal Mehta too took to Twitter to pay his tribute as he wrote: “Rest in peace Sagar Sarhadi saahab.”

Bollywood actor Jackie Shroff shared a monochrome picture on social media, which he captioned: “Will Miss You…… R.I.P.”