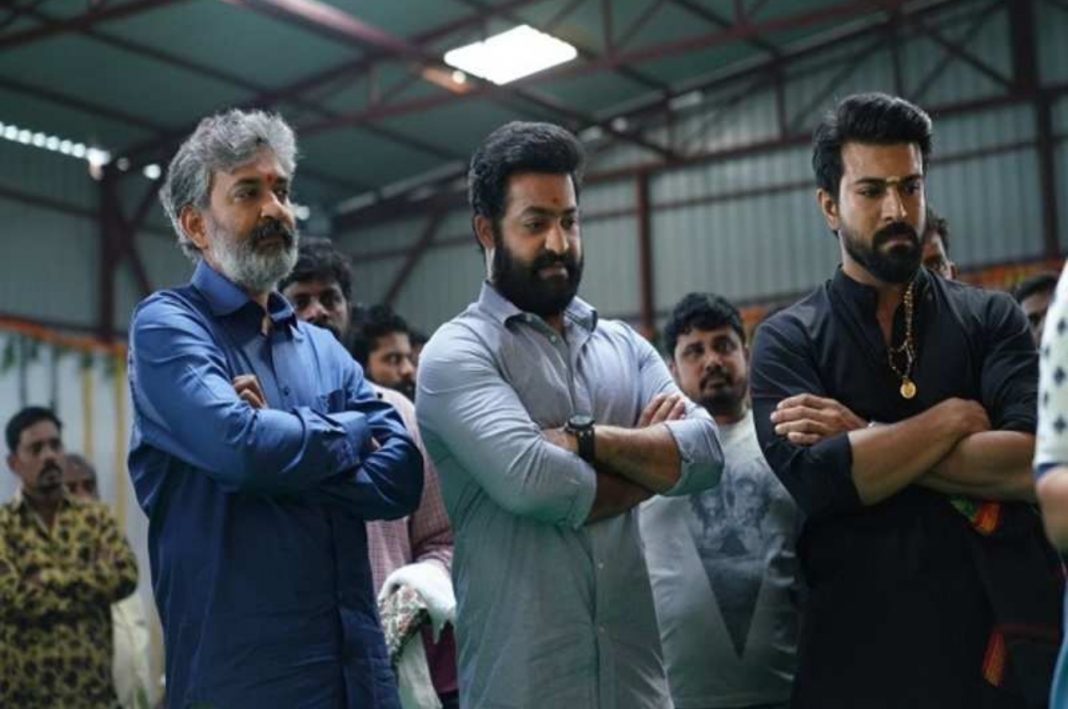 S.S. Rajamouli, the director of Ram Charan and Jr NTR’s upcoming epic film ‘RRR,’ has revealed some interesting tidbits about the chemistry of the two superstars.

Rajamouli, who interacted with the media about his experience working with Telugu’s top heroes Ram Charan and Jr NTR on Saturday, said, they acted like “kids” on the first day of their school.

“More than 20 shooting days got wasted because of Ram Charan and Jr NTR’s pointless brawls,” Rajamouli stated. “See, this is how they behave on the sets. One comes with a complaint that the other had pinched, like kids.”

“We talk about the huge stardom of the two. Thousands of fans are desperate about these. But, look at their deeds, like kids”, the ‘Baahubali’ director ‘complained’, while the hall was filled with laughter.

Jr NTR and Ram Charan share a special friendship, which seems to have grown stronger during the ‘RRR’ shoot.

Meanwhile, during her interaction with the Telugu media, Alia Bhatt impressed everyone as she spoke in Telugu. “Ela Vunnaru? ‘RRR’ trailer pagilipoindi,” started off Alia, which conveys her greetings, and her views on the trailer.