Swapnil Joshi’s ‘Bali’ is set to release on December 9 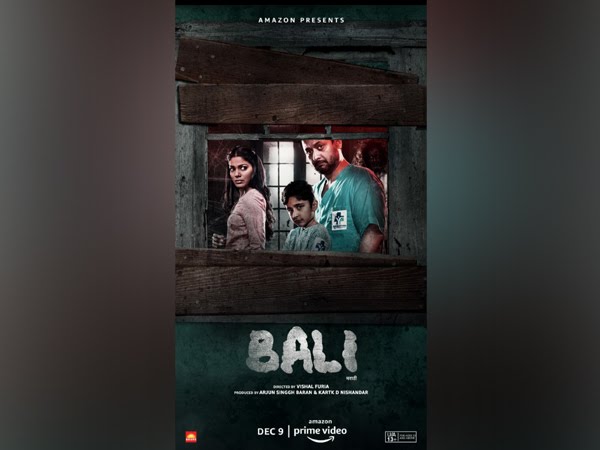 Swapnil Joshi, Pooja Sawant, and Samarth Jadhav-starrer ‘Bali’ is all set to release on Amazon Prime Video on December 9. Directed by Vishal Furia, ‘Bali’ is a Marathi language horror film.

Bali is about the life of a widowed, middle-class father, Shrikant (Swapnil Joshi), which takes an unexpected turn when his 7-year-old son Mandar (Samarth Jadhav) collapses and is referred to a Jan Sanjeevani hospital for a detailed diagnosis. Things change when Mandar starts talking to a mysterious nurse, who he claims is staying in the abandoned part of the hospital.

Furia said: “As a genre, I have been drawn to horror and it’s been my constant effort to break new ground with every film in this space. The best kind of horror films are psychological, which create empathy for characters despite their basic premise being far from reality. The more we believe what we are watching, the more immersive the experience becomes.”

Vishal has also released his another horror film ‘Chhorii’ a few days ago on Amazon Prime. In the movie, Nushrratt bharuccha is in the lead role. The film recieved 7.8/10 IMDB ratings.