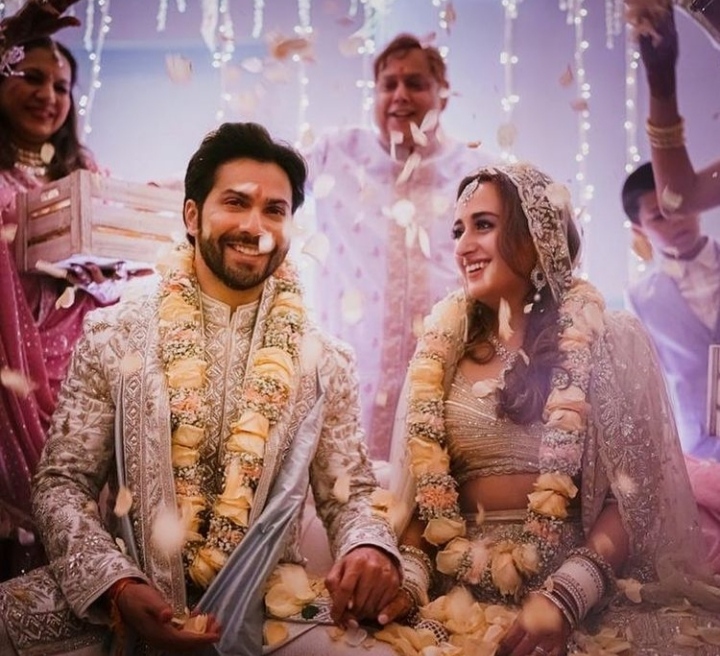 Varun Dhawan himself has shared the wedding photo on his social media account.

In which he has written- “Life Long Love Just became Official”

Varun made seven rounds of feras with Natasha at a resort in Alibaug. The marriage took place amidst tight security arrangements.

The marriage of Varun and Natasha was kept strictly private with maximum security protocols like entering in resort without phone and mandatory Covid-19 test.

Love story of Varun and Natasha –

Actor Varun Dhawan, who made his Bollywood debut with the film ‘Student of the Year’, today rules the hearts of millions of girls.

Bollywood journey started with Varun’s film ‘Student of the Year’ has become a big hit in a short span of time. Even film critics agree that despite being a star kid, Varun had work hard to become a great actor.

This is the reason that he earned a lot of name in a short time. Varun is not only the heartbeat of millions of girls, but he is ruling the hearts of all his fans well. However, someone else rules his heart. And yes she is Mrs Natasha Varun Dhawan.

Natasha and Varun dated each other for quite a long time, but no one is aware of how the love story of the two started. Varun and Natasha are childhood friends.

They both fall in love. And made a happy ending by marrying today.

Who is Natasha Dalal –

Natasha Dalal is a fashion designer who has studied fashion from New York, USA. Now Natasha is practicing her work in India and is a well-known designer. Natasha’s entire family lives in Delhi. Even after being so famous, Natasha loves to stay away from the limelight. She rarely appears. Natasha feels that she does not want unwanted attention from the media.