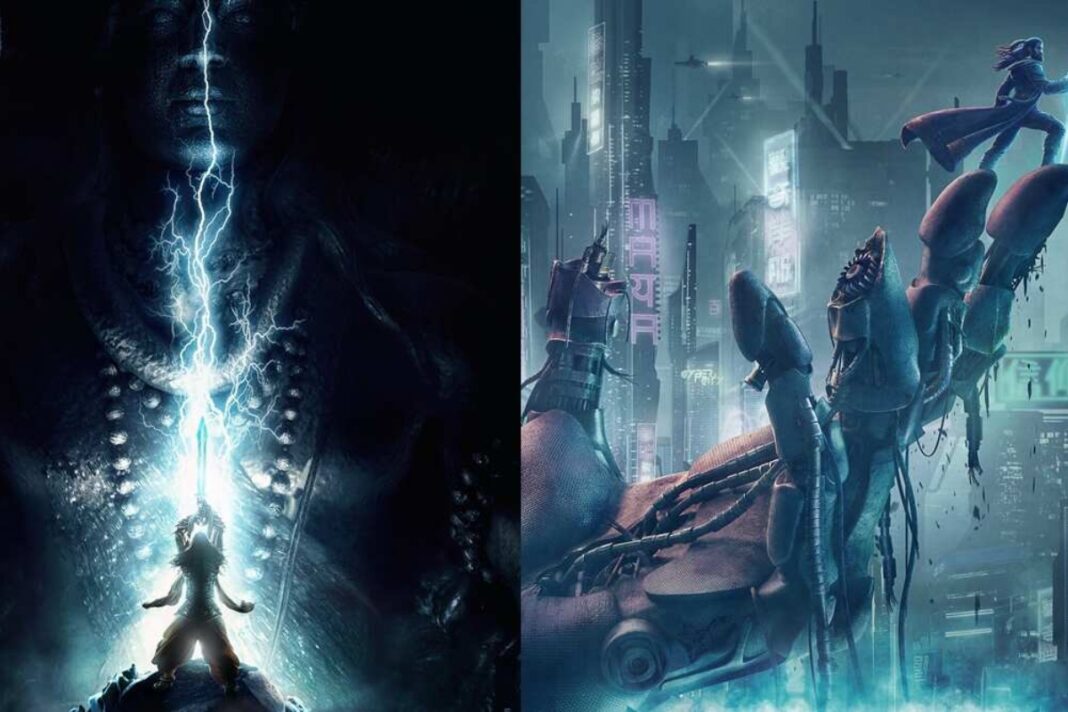 Vicky Kaushal is all set for his first sci fi film The Immortal Ashwatthama. The film reunites him with his URI: The Surgical Strike director Aditya Dhar and producer Ronnie Screwvala.

The first look poster of the film was shared on Monday, incidentally on the day URI celebrated its two year anniversary. The film will see Vicky Kaushal playing a character inspired by Ashwatthama, a character from Mahabharata who was the son of Guru Dronacharya and teamed up with Kaurava in their fight against Pandava.

Sharing the posters on social media, Vicky Kaushal wrote: “Overwhelmed and ecstatic! On the 2nd anniversary of Uri: The Surgical Strike, the team gives you a glimpse into the world of The Immortal Ashwatthama. Can’t wait to get onto this journey with the dream team of Aditya Dhar.”

“Raising the bar higher for the superhero genre not only in India but across the world, this film is a high-concept visual spectacle in the making. From the team that brought to you URI The Surgical Strike, presenting @vickykaushal09 in and as #TheImmortalAshwatthama,” RSVP captioned the poster.

“Ashwatthama is Aditya’s dream project and it required the backing of a visionary like Ronnie to bring this spectacle to audiences. It’s going to be a new space for me as an actor, exploring the newest form of technology alongside acting. Can’t wait to start the journey soon with this wonderful team,” Vicky said.

“We are working hard to create a visual spectacle that audiences across India would have never seen before. I promise this would not just be a film, but an experience. More than the pressure, I am taking this film as a responsibility of telling this epic story, in the way it is meant to be told. I hope audiences shower the same love to Ashwatthama as they did to URI,” Aditya said in a statement.

The film will be an action thriller set in modern times. Reportedly, Vicky Kaushal had learnt mixed martial arts, with focus on Krav Maga and Jujutsu.

Meanwhile, Vicky has a number of films in his pipeline, including Takht, Sardar Udham Singh and Field Marshal Sam Manekshaw’s biopic. He was last seen in the horror film Bhoot Part One: The Haunted Ship.