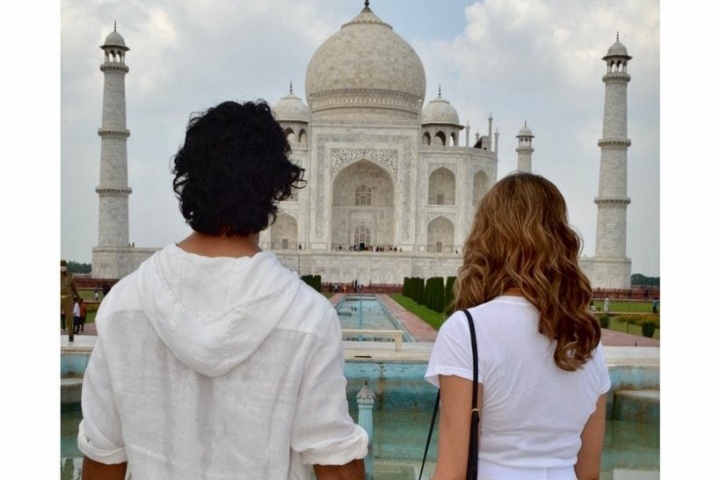 On Monday, actor Vidyut Jammwal, who was rumoured to be dating designer Nandita Mahtani, made their relationship public. Vidyut and Nandita made the official news on Instagram.

Vidyut shared two pictures with Nandita. In the first, they were seen climbing a wall, tied to harnesses and holding each other’s hands. The second one showed them posing in front of the Taj Mahal, with their backs to the camera. Sharing the photos, he wrote, “Did it the COMMANDO way. 01/09/21.”

Nandita also shared the photos on Instagram and wrote, “Couldn’t keep him hanging any longer…said yes!!1-9-21.” She added a third picture in which they were seen posing next to a pool.

As soon as the actor posted pictures of his proposal, his comment section was flooded with heart emojis. His fans and friends from the industry dropped loads of hearts and wished the couple good luck.

Wedding details are yet to be revealed.

Jammwal is one of Bollywood’s top action heroes and the ‘Junglee’ star is notorious for doing his own stunts. Running with wild elephants and unleashing his inner Tarzan on the big screen is what makes him incredibly popular with his fans. He also put the Indian martial art form Kalaripayattu on the global map and is a constant on the list of top martial artists across the globe.

Mahtani is an Indian fashion designer based in Mumbai. For the past few years Mahtani has been designing and styling Virat Kohli.

On the work front, Vidyut announced the launch of his production house Action Hero Films. He also announced IB 71 as his first feature as a producer in association with director Sankalp Reddy, who will be helming the film. Currently, the actor is shooting for Khuda Hafiz 2, a sequel of his 2020 release.